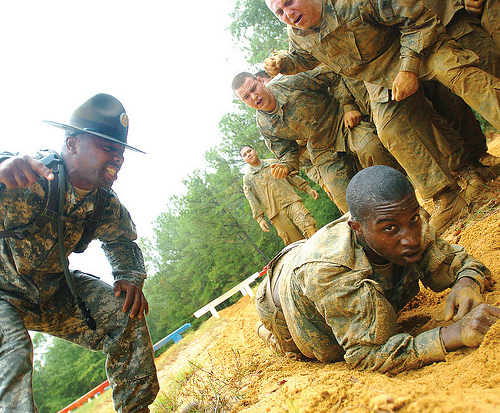 Despite our law firms’ effort to strive for acquittals and dismissal of charges in our client’s cases, unfortunately there are those who are convicted. Following a conviction, it is important that a criminal defense lawyer evaluate a client’s options to minimize the length of confinement and put the person in the best position to succeed following his or her release.

If possible, our firm attempts to prevent convicted clients from being incarcerated in a state prison facility but there are situations where, the gravity of the offense, call for a state prison sentence. State prisons normally provide a greater number of programs than other facilities to inmates but are obviously less preferred than county jail, where terms of incarceration are less and inmates do not have to go through the state parole process. In addition, state incarceration often puts inmates a considerable distance away from their family and friends, which hinders regular visits and contact.

One option for an offender facing state prison following a conviction is Pennsylvania’s Motivational Boot Camp Program. The target person for this program are illegal drug and narcotic offenders facing a state prison sentence, whose criminal behavior derives from drug addiction and dependency. The program opened in 1992 and has since graduated thousands of men and women who have gone on to make positive changes in their lives. Many offenders indicate that following the program, they are less impulsive, have better decision making skills, and experience fewer problems with drugs. Boot camp graduates are also more likely to obtain full employment following graduation and the program itself has a high graduation rate (93%). Only 32% of graduates were arrested for new crimes following graduation and approximately 20% committed technical violations (positive urine or failure to appear for appointments) following graduation.

There are three purposes of the Boot Camp Program:

Who is eligible for Boot Camp?

While Boot Camp is a good alternative to an offender facing a state prison sentence, not all offenders are eligible for it. The following is a list of criteria for Boot Camp eligibility:

Procedurally a sentencing judge needs to recommend the offender for participation in Boot Camp and the Department of Corrections (DOC) makes the final determination whether a person will be admitted into it. In most situations however, it is the criminal defense lawyer who recommends to a sentencing judge the Boot Camp Program because historically the number of candidates recommended for the program is low.

Boot Camp is a voluntary program and once admitted an offender can withdraw. At which point he or she forfeits the right to an immediate parole upon graduation from the program. At that point, an offender would return to state prison and serve the remaining portion of the minimum sentence prior to being reviewed for release by the parole board, which would likely lead to additional time in prison.

Boot Camp itself is a 6 month program which provides a rigorous physical activity schedule, intensive regimentation and work on public projects along with substance abuse treatment services. It is modeled after military style boot camps and instills discipline and structure through regimented 16 hour days consisting of work and program activities with very little free time. A typical day begins at 5:30AM, with reveille, followed by an hour of physical training. The remainder of the day is scheduled with educational and rehabilitative classes and work. Inmates are allowed visits every other weekend and have limited phone privileges. Personal radios and televisions aren’t’ allowed.

The Boot Camp program has a mandatory education program for inmates who do not have high school diplomas where those who have graduated from high school often serve as tutors. Students attend educational classes a minimum of 3 hours per day and cover six main subject areas. Classes engage in pre-GED testing procedures and when students obtain a satisfactory level, a GED test is scheduled.

Upon graduation, inmates are released to Community Correction Centers closer to their homes as the Motivational Boot Camp Program is located in Quehanna, Clearfield County. Boot Camp graduates receive intensive supervision upon 6 months following graduation from the program.  For more great information on criminal defense strategies, keep reading my blog, subscribe to my monthly newsletter and visit my free download section.