In Pennsylvania a person under the age of 18 can obtain a junior driver’s license provided that they first obtained a learner’s permit and then make an application for a driver’s license with their parent or guardian’s permission. See 75 Pa.C.S.A § 1507 (a) (b). A parent or guardian must give their permission for a juvenile to obtain a license and it may surprise many people that a parent can actually request that the state cancel a juvenile’s driver’s license upon an application to PennDOT. See 75 Pa.C.S.A § 1507(a)(b).

After receiving their learner’s permit a juvenile has three opportunities to pass the driver’s exam. A juvenile must have their learner’s permit for at least six months and must have completed at least 50 practice hours. After passing the exam a junior driver may not drive a vehicle between the hours of 11pm – 5am unless he/she is accompanied by a parent, guardian, or a person acting in “in loco parentis”. This requirement, however, does not apply if the junior driver is commuting between home and a specific place of employment or activity. 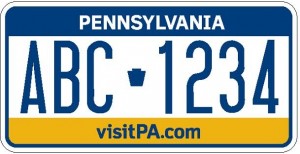 There are a number of license suspension laws which are specific to young drivers. Its important to understand that some of these suspensions do not require that the juvenile be driving. There is no constitutional right to a driver’s license and it is a privilege. For example, PennDOT can suspend the driver’s license of any person, under the age of 21, who was convicted for making a terroristic threat (18 Pa.C.S.A § 2706) on school property or any school event. There is a six month suspension for a first offense, a one year suspension for a second offense, and a two year suspension for a third offense. PennDOT can also suspend a minor’s license if he/she is convicted of possessing, consuming, or transporting alcoholic beverages. See Section18PaCSA6308. There is an additional suspension if the minor is convicted of carrying a fake id. See 75 PaCSA §1532. This additional suspension is 90 days for a first offense, 1 year for a second offense, and 2 years for a third offense. In addition to non-driving offenses PennDOT can obviously suspend a minor’s driving privileges for driving related offenses. If a person under the age of 18 is convicted of speeding at a rate of 26 miles per hour over the speed limit or more PennDOT can suspend a person’s driving privileges for 90 days for a first offense and 120 days for a second offense.

An accident is also much more serious for a junior driver as PennDOT can suspend the driver’s license of any junior driver involved in a reportable accident where it believes that he/she is either partially or fully responsible. See 75 Pa.C.S.A § 1503. Obviously junior drivers or minors cannot drive while intoxicated. If a junior driver is stopped on suspicion of DUI and later blood or breath tested the law only requires a BAC level of .02 instead of .08 which is what is required for adult drivers. See 75 Pa.C.S.A. § 3802. A minor is also subject to a longer suspension because he/she can be convicted under the DUI statute and also the underage drinking statute.

State Regulations For Child Vaccinations | Potential Criminal Charges Can I Get A Past Crime Pardoned? | The Pardon Process