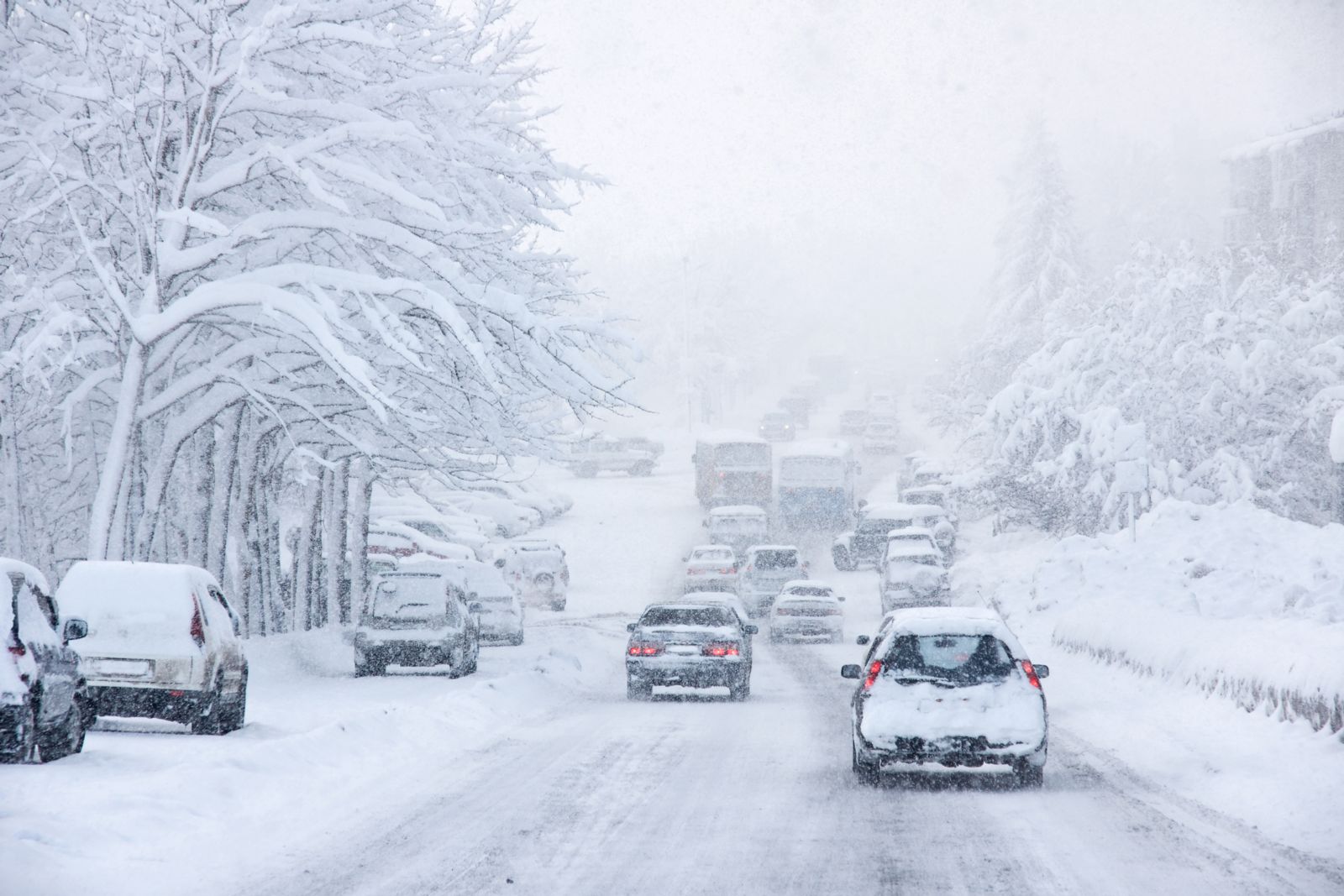 The snow is falling and many are home because of cancellations due to the weather in Philadelphia.  Most would think that a snowstorms would cause a decrease in criminal activity in Pennsylvania and New Jersey but this simply not always the case. While some are home, there are many businesses like bars, restaurants and even the malls and casinos in New Jersey and Pennsylvania that are open all of which create possible legal trouble for those with time off!

In the majority of our law firm’s cases, most people find themselves in legal trouble because of some bad judgment or poor decision to use drugs, alcohol or perhaps carry a gun or firearm.  This is frequent theme for many of clients and the reason why our firm put out so much content in the form of books, videos, and our blog.

While many will stay home during a snow storm, some will venture out and perhaps engage in activities which are out of the ordinary.

In Pennsylvania and New Jersey, a person commits a Simple Assault when he or she attempts to cause or intentionally, knowingly, or recklessly causes bodily injury to another person.  A simple assault is also committed if an individual negligently causes bodily injury to another with a deadly weapon or attempts, by “physical menace” to put another in fear of imminent serious bodily injury. See §2701(a).  During a snowstorm, if you get into a fight with your neighbor over the spot in front of your home that you spent 2 hours shoveling, you may be charged with Simple Assault depending on the circumstances surrounding the fight.  The issue of self- defense is always a factor in these cases.  Read my article on Self Defense for more information on this issue.

Pennsylvania  and New Jersey both define bodily injury as the impairment of a physical condition or substantial pain. A person can commit a simple assault if he or she acts recklessly or intentionally. While a threat can constitute an assault, the law requires that the actor be in a position to actually carry out the threat immediately or that he takes some affirmative steps to do it.  In Pennsylvania, the law looks at the defendant’s intent and whether the result of that intent or that reckless act is reasonably foreseeable. The victim’s state of mind is irrelevant unlike the crime of Recklessly Endangering Another Person (REAP) which I will explain later.  Simple Assault is graded as a misdemeanor of 2nd Degree unless it is committed during a mutual fight in which case it is a misdemeanor of the 3rd degree.  In New Jersey a Simple Assault is graded as disorderly persons offense

An Aggravated Assault occurs if a person attempts to cause serious bodily injury to another or causes serious bodily injury intentionally, knowingly, or recklessly, under circumstances manifesting extreme indifference to the value of human life.  Pennsylvania defines “Serious Bodily Injury” as an injury that creates substantial risk of death or which causes serious injury, permanent disfigurement, or loss or impairment of the function of any bodily member or organ.  If the fight with your neighbor over that parking spots goes too far and you seriously injury him, you could face an aggravated assault charge!

Aggravated assault also occurs in Pennsylvania and New Jersey if a person intentionally or knowingly causes bodily injury to certain individuals such as police officers, district attorneys, EMS, or other individuals of a certain classes. If the police are called to your area because of this fight never put your hands on a police officer, fire fighter or EMS.  If you touch any of these individuals it is potential aggravated assault if they sustain an injury because of that struggle.

Terroristic Threats (Title 18, Section 2706) and Recklessly Endangering Another Person (Title 18, Section 2705) (REAP) are misdemeanors with some exception (yelling fire in a movie theater as a prank – felony of the third degree). While both of these crimes involve communication (words or acts) each focuses on different situations and therefore requires the District Attorney (prosecution) to prove different elements beyond a reasonable doubt to support a conviction.  In New Jersey a Terroristic Threat is normally indictable offense  (See New Jersey 2C:12-3(b)—Normally Indictable Offense

In Pennsylvania, Recklessly Endangering Another Person (REAP) is a misdemeanor of the second degree and it is committed when the accused person “recklessly engages” in conduct which puts or threatens to put another person in fear of death or serious bodily injury. It is important to understand that this crime focuses not only on the actions of the accused but also on the reaction of the alleged victim. If you are charged with REAP it is critical that your criminal defense attorney attempt to show that the alleged victim didn’t exhibit any sign of fear or apprehension during the incident. Your criminal defense lawyer can do this through a cross examination of the victim which demonstrates that this person initiated an argument or a fight or at the very least acted aggressively during the incident.

If your criminal defense attorney only focuses on the action of the accused and doesn’t consider the reaction of the victim, he is putting together a weak defense because in most situations the accused person has demonstrated some show of force either through words or actions.

A show of force or communication of force is also an element of Terroristic Threats which, again, is a misdemeanor unless it involves a communication which threatens a group of people in a building or public area (yelling fire in a movie theater). The crime of terroristic threat, unlike REAP, focuses exclusively on the actions of the accused and the reaction of the victims isn’t part of the elements of this criminal charge.

Your criminal defense attorney can establish reasonable doubt if he can show that the alleged terroristic threat was a “spur of the moment” reaction which resulted from some argument or fight (“I’m going to punch you in the face or shoot you because I spent 2 hours shoveling that spot”). A spur of the moment reaction doesn’t equate to a terroristic threat and the prosecution won’t be able to establish guilt beyond a reasonable doubt if they can only show that the threat was made without demonstrating that the accused intended to “terrorize” the victim with that threat.  So if lose your temper during the Blizzard of 2016 and starting screaming over that parking spot, it doesn’t necessarily mean the prosecution will be able to establish a Terroristic Threat, assuming that your even charged.

Many are off from work because of the snow but the bars and other establishments are open.  People often underestimate the amount of alcohol that will cause impairment and cause their BAC to exceed the legal limit of .08.  The fact that you don’t feel drunk isn’t an indication as to your level of intoxication.  The legal limit for impairment in Pennsylvania and New Jersey is .08 and this is based on the level of alcohol in your blood not in the way you feel after consuming alcohol.    I encourage you to read my 2 free books on Drunk Driving to learn more about this topic.

If you are stopped for drunk driving do not refuse a blood or breathalyzer test.  While you have a legal right to refuse a field sobriety test, please don’t confuse these two types of test.  You do not have a constitutional right to refuse a chemical test and this refusal will only create a separate criminal charge and make your criminal defense lawyer job more difficult

Remember that police in New Jersey and Pennsylvania can stop and arrest you for suspicion of DUI or DWI even if you are sitting in a parked car with the keys in the ignition.  Control of vehicle is critical element of DUI case and control is defined as being behind the wheel while the car is operation but actual movement isn’t required.

Again, people sometime engage in out of the ordinary behavior which can include the use of illegal drugs during a snow storm.  Very often we represent students who are off from school because a local college or university cancels classes.  There is difference Our firm often defends the charges of Possession of a Controlled Substance and Possession with the Intent to Deliver or Manufacture a Controlled Substance (PWID). Each of these crimes contains elements which the prosecution must prove beyond a reasonable doubt.  Possession of a Controlled substance (simple possession) is a misdemeanor while possession with the Intent to Deliver (PWID) is an ungraded felony charge.

The key element of simple possession is that the defendant must either actually or constructively possess the controlled substance. Actual possession is when the drug is found on the person and constructive possession is when it is found in his area of immediate control. Finally, the prosecution, through the district attorney, has to prove beyond a reasonable doubt that the Defendant knew that he was in possession of the drug. While this may sound obvious there are many cases where a person is charged with simple possession because others have put illegal drugs in their bag in order to avoid detection.

To be convicted of Possession with the Intent to Deliver (PWID), a felony in Pennsylvania and New Jersey, the State or the Commonwealth has to prove all of the elements of simple possession and one more element. PWID requires that the Commonwealth or State prove beyond a reasonable doubt that the person had the specific intent of delivering the item to someone else or using the item to manufacture a controlled substance. If you are charged with either of these crimes it is important that your attorney review the elements of each of the offenses with you. All of the elements have to be proven beyond a reasonable doubt.

People often assume because Pennsylvania and New Jersey (Graves Act) share a border, the law are similar.  A Pennsylvania gun permit to carry has no legal power in new jersey.  You just can’t cross the river with a gun or firearm.  Similar to license to practice law, New Jersey doesn’t honor a Pennsylvania gun permit so if you cross over into New Jersey with any type of firearm, you are potentially committing a crime. If a lawyer wants to practice law in the Garden State, he/she needs to pass its bar exam and if you want to have firearm you need to meet New Jersey’s requirements. While Pennsylvania has some tough gun laws, New Jersey has even harsher penalties which include mandatory minimum prison sentences.

Stay and stay out trouble during this storm!

Students, Smartphone, & Sexting – Part 2 SORNA Update 3 Things Your Lawyer Must Do During A Preliminary Hearing