Why a court dismissed robbery charges against our client 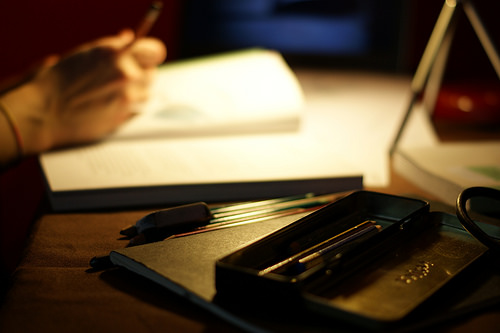 Clients who come into our law firm obviously expect strong results from us. Great results, however aren’t confined to acquittals at trial, they often occur before trial in the form of pre-trial motions, which are sometimes a criminal defense attorney’s most powerful tool.  Your  lawyer should always discuss pre-trial motions with you when explaining the strategy of your defense.

Pre-trial motions  are specific requests made from an attorney to a judge requesting that evidence be deemed inadmissible, the prosecution be precluded from calling a specific witness, that charges be dismissed entirely due to some procedural violation (Rule 600), or simply because the prosecution will be unable to meet the elements of the offense at trial.

I’ve written articles on all of these pre-trial motions, but this particular article is focused on a recent result that we obtained for a client in Montgomery County, Pennsylvania, where he and 2 other young men were charged with the crime of robbery, which is a felony offense in Pennsylvania. Robbery can be graded as a felony of the 1st, 2nd, or 3rd degree, depending on the circumstances surrounding the incident.

HOW IS ROBBERY CHARGED IN PENNSYLVANIA?

In this particular case, our firm filed a Motion for Habeas Corpus on behalf of our client after a district justice held the matter for trial following a preliminary hearing. Remember that at a preliminary hearing the Commonwealth only has to establish a Prima Facie burden of proof. A Prima Facie burden of proof is much lower than the burden at trial (guilt beyond a reasonable doubt). Our Habeas Motion argued that the lower court judge incorrectly held the robbery charge for trial because the prosecution (Commonwealth) failed to establish Prima Facie proof that our client had committed or conspired to commit a theft by force (robbery).

A Habeas Corpus motion challenges the legality of the defendant’s incarceration or the legal basis for the charges against them regardless of whether or not they are out of custody and on bail. Habeas Corpus comes from the Latin that means “produce the body” and demands that the defendant not only be brought to court but that the government (Commonwealth) establish the legal basis for the charges against him or her.

Please understand that a motion for Habeas Corpus isn’t a trial and the prosecution doesn’t have to prove guilt beyond a reasonable doubt, but only that a judge or jury could find a person guilty of the charge. While this is an extremely low burden, a motion for Habeas Corpus (Motion to Quash) is something that your criminal defense lawyer should consider if you believe that you are wrongfully being held on criminal charges regardless of whether or not you are in custody awaiting trial or awaiting trial from outside of a jail on bail. A Habeas Motion ensures that a person is not held on illegal charges but is an incredibly difficult motion to win for the defense.

A HABEAS MOTION FOCUSES ELEMENTS OF THE OFFENSES

If you are considering a Motion to Quash (Habeas), your criminal defense lawyer must have a firm understanding of the elements which the prosecution must prove at trial and determine why it will never be able to do so. Remember that a Habeas motion doesn’t ask the court to consider reasonable doubt but that there is no basis for the charge whatsoever. In a drug case, for example, a Habeas Motion for a charge of Possession with Intent to Distribute or Deliver Drugs or Narcotics, would ask the court to dismiss this charge because the drugs were simply found on a person’s body or vehicle but there is no evidence that a person intended distributing or selling the drugs (money, scales, paraphernalia). For a felony charge like Aggravated Assault, a Habeas Motion would focus on the extent of the person’s injuries or the lack of injuries (bodily injury as opposed to serious bodily injury). Even if a motion isn’t entirely successful, it may still cause the court to dismiss the more serious felony charge and leave the less serious misdemeanor charge for trial. This exposes a person to less criminal consequences in the even that they are convicted.