Simple Drug Possession and Possession With the Intent to Deliver (PWID): The Prosecutions Burden

This is the first in a series of articles focused on what the prosecution needs to prove to convict someone of a specific criminal charge. Remember that the standard in any criminal case is guilt beyond a reasonable doubt. The focus this week in the Controlled Substance, Drug, Device and Cosmetic Act in Pennsylvania. 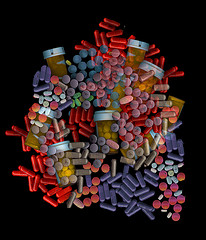 The second element of simple possession is that the defendant must either actually or constructively possess the controlled substance. Actual possession is when the drug is found on the person and constructive possession is when it is found in his area of immediate control. Finally, the prosecution, through the district attorney, has to prove beyond a reasonable doubt that the Defendant knew that he was in possession of the drug. While this may sound obvious there are many cases where a person is charged with simple possession because others have put illegal drugs in their bag in order to avoid detection.

To be convicted of Possession with the Intent to Deliver (PWID), a felony in Pennsylvania, the Commonwealth has to prove all of the elements of simple possession and one more element. PWID requires that the Commonwealth prove beyond a reasonable doubt that the person had the specific intent of delivering the item to someone else or using the item to manufacture a controlled substance. If you are charged with either of these crimes it is important that your attorney review the elements of each of the offenses with you. All of the elements have to be proven beyond a reasonable doubt.

When a judge or jury is considering whether a person had possession of a controlled substance they are permitted to evaluate the facts and circumstances surrounding the person’s connection to the drug. Keep in mind that two people can be charged with the possession of the same drug along with conspiracy if its proven that a person was part of a conspiracy and another conspirator knowingly possessed the drugs.

Finally, if a judge or jury is considering possession and a possession with intent to deliver charge they are permitted to consider all of the evidence including but not limited to the quantity and quality of the drugs, the monetary value, and the circumstances surrounding the person’s possession of them. The judge or jury can consider direct and circumstantial evidence. Direct evidence would be witnessing of actual drug transactions and circumstantial evidence would be a large quantity and drug paraphernalia to sell or distribute drugs (digital scales, wrappers, baggies, etc.).