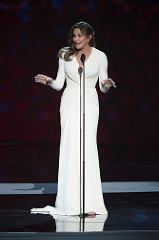 Prior to the crash, Jenner, according to the investigation was driving “unsafe for the prevailing road conditions.” Jenner was transporting an off-road vehicle on a trailer with her Cadillac Escalade. If charged, Jenner would face criminal homicide charges in California. Vehicular Homicide can be either a felony or a misdemeanor charge in California and a person like Jenner could face up to six years in prison. In Pennsylvania “Homicide by Vehicle” 75 Pa. Cons. Stat. Section 3732 is a felony of 3rd degree. The maximum punishment in Pennsylvania is 7 years in state prison

In Pennsylvania, much like other jurisdictions, like California, criminal homicide is classified into one of three categories; murder, voluntary manslaughter, or involuntary manslaughter. Criminal homicide is broadly defined as the intentional, knowing, reckless, or negligent killing of another human being. Murder is obviously the most serious form of criminal homicide. In California, as in Pennsylvania, felonies are crimes punishable by death or jail in state prison. Less serious crimes are called misdemeanors and are punishable by up to one year in jail.

Voluntary manslaughter is an intentional killing without any lawful justification committed while a person is acting under a sudden or intense feeling (heat of passion) caused by the victim. While murder and manslaughter are felonies of the 1st degree in Pennsylvania, first degree murder carries with it a mandatory minimum life imprisonment or death and second degree subjects the person to the same life sentence without the death penalty. Third degree murder is less serious but a person still faces up to twenty years in jail even with no prior criminal record. Voluntary manslaughter, while still a felony, is far less serious than murder and those with no prior criminal history could receive sentences less than five years in state prison.

Finally, involuntary manslaughter is the lowest form of criminal homicide and isn’t even considered a felony in Pennsylvania unless the victim is under the age of twelve and in the care of the actor (felony of the second degree). This appears to be what California will pursue Jenner on if they decide to file charges. This, however, may change because vehicular homicide is known as a “wobbler” offense and could be charged as a more serious felony charge.

Involuntary manslaughter is defined as an unlawful killing done with either recklessness or gross negligence. In the case of Jenner, there is no evidence that his actions were intentional but rather reckless or negligent (“unsafe driving”) so the charge would appropriate. While ultimately Jenner may not face any jail time, you can be sure that Ms. Howe’s family will pursue her for wrongful death, a civil action. A criminal conviction will make a civil case stronger but it’s not necessary. Remember the burden of proof is “by a preponderance of the evidence” of the evidence and in criminal court it’s “guilt beyond a reasonable doubt.”