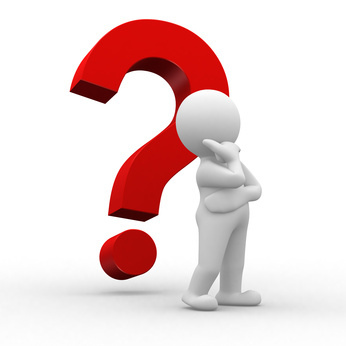 Our criminal defense law firm receives questions everyday from prospective, existing and former clients.  In addition, we are very of the fact that other attorneys call our firm with questions from their own clients.

1.  Question: What type of evidence do police need to make an arrest?

Answer:   Police and other law enforcement need to establish probable cause that a crime was committed or is being committed, to arrest someone. Probable cause is the reasonable belief, based on the officer’s training, education, and experience, that a person is committing a crime or has committed one.

2.  Question: What type of evidence do police need to stop and investigate a possible crime?

Answer:   Police need reasonable suspicion that a crime has been committed, or is being committed, to stop and detain a person to investigate a crime. Reasonable suspicion is a lower form of probable cause. This level of investigation also permits the police to frisk a person if the officer believes that the suspected individual poses a threat or danger to the officer’s safety.

3.  Question: What should I do if the police want to search my car or my house?

Answer:   All searches done without a search warrant are presumed to be unconstitutional. The law, however, permits police and law enforcement to conduct warrantless searches in certain situations, which the law in Pennsylvania and New Jersey, refer to as exigent circumstances. Exigent circumstances exist if there is a reasonable possibility that evidence will be lost or destroyed if police don’t search the property in question and confiscate the evidence. There’s a much higher level of scrutiny and expectation of privacy associated with a person’s home than a person’s car.

4.  Question: How do Pennsylvania and New Jersey determine bail?

Answer:   Bail is based on the potential harm a person presents to the community as well as the risk that the person will not appear for court and flee. In Pennsylvania, bail is based on a monetary system; the amount of risk determines the amount of bail set. A person is entitled to bail in Pennsylvania for almost all crimes except the crime of Murder-First Degree, where the mandatory minimum sentence is life without the possibility of parole.

In New Jersey, bail is not based on a monetary system, but rather a risk factor assessment based on an accused person’s risk of flight, the protection of the community, and whether the accused person will obstruct or attempt to obstruct the criminal justice process. Even if a person has a low risk assessment, however, the prosecutor’s office can file a Motion for Detention to argue that the assessment does not accurately portray the individual’s profile. At this hearing the prosecutor must present clear and convincing evidence that no level of non-monetary conditions will address the State’s concerns.

5.  Question: What is the burden of proof at a criminal trial?

Answer:   The burden of proof at a criminal trial in Pennsylvania and New Jersey, as well as all other criminal trials in the United States, is guilt beyond a reasonable doubt. The burden is always on the prosecution and never on the defense. Unlike at trial, the burden of proof at Motion to Suppress “by the preponderance” of the evidence. This means that the prosecution only has to establish that their argument is slightly stronger than the defense’s argument.

6.  Question: What happens at a preliminary hearing in Pennsylvania?

Answer:   A preliminary hearing ensures that a person is not unlawfully held for trial based on criminal allegations. The evidentiary burden is on the prosecution at these hearings and the burden of proof is Prima Facie evidence. This means that the prosecution only has to establish that it is more probable than not that a crime was committed and the accused committed the crime. There is a much lower evidentiary standard at a preliminary hearing than at trial. Just because a case is held for trial following a preliminary hearing does not mean that a person will be convicted at trial.

7.  Question: Why doesn’t New Jersey give an accused person the right to a preliminary hearing?

Answer:   Unlike Pennsylvania, New Jersey’s criminal procedure is based on a grand jury system. At a Grand Jury, a New Jersey prosecutor will present evidence to a group of 23 citizens who have been selected from voter registration. These individuals will hear the evidence and determine if there is a sufficient amount to indict the person for the crimes. If there is not sufficient evidence, the grand jury may decide to either dismiss the case or charge the person with a less serious offense, which would be downgraded and remanded to New Jersey’s Municipal Court within the county where the offense allegedly occurred.

8.  Question: What are the advantages of a judge (bench) trial over a jury trial?

Answer:   In some situations its better to proceed with a judge alone rather than a jury when an issue at trial isn’t necessarily guilt vs innocence, but the grading of the criminal offense (Possession with the Intent to Deliver Drugs vs Simple Possession or Possession of a Firearm with an obliterated serial number vs. Unlawful Possession of Firearm). Juries, unlike a judge, are not trained in the law and often have a difficult time distinguishing degrees of criminal charges or lesser included offenses. This could mean that a person is convicted of a felony, as opposed to a misdemeanor and the difference between state prison and probation. A jury trial, however, is much more preferable in situations where the defense theory is a fabrication (the victim is making it up), or misidentification (the victim is accusing the wrong person). Judges in New Jersey and Pennsylvania are sometimes harder to persuade and the probability of success is much better for an accused at a jury trial.

9.  Questions: What is the purpose of a Motion to Suppress Evidence?

Answer:   A Motion to Suppress Evidence is a powerful pre-trial motion which attempts to exclude often extremely incriminating evidence, which, more than likely, will lead to a conviction. Examples of this type of evidence would include illegal narcotics, drugs, guns, firearms, money, or other items used to commit a crime. The basis of this pre-trial motion is a person’s constitutional right against illegal search and seizure, which is in the United States Constitution as well as each individual state’s constitution. The right against illegal search and seizure is contained in the Fourth Amendment to the United States Constitution, which, through the Fourteenth Amendment entitles all people to due process under the law. Due process deals with the administration of justice and is a safeguard against the arbitrary denial of life, liberty, and property by the government. The Pennsylvania Constitution provides protection against illegal search and seizure under Article 1, Section 8, while New Jersey also provides this protection under Article 1, Paragraph 7, of its Constitution.

10.  Question: What is the difference between direct and circumstantial evidence?

BONUS CONTENT – Our law Philadelphia based criminal defense law firm always wants to over deliver to its clients!

11.  Question: If a person has a criminal past, will a judge or jury hear about it during trial?

Answer: An accused person’s character is usually inadmissible (not allowed) at trial. Character evidence, however, becomes admissible if the defendant or his attorney introduces it into evidence. There is this rule of criminal procedure because the law doesn’t want something from a one’s past to influence their decision about the current case. There are, however, exceptions to character evidence admissibility.

For more great information on criminal defense strategies and tactics, I encourage you to keep reading my blog and visit the free download section.