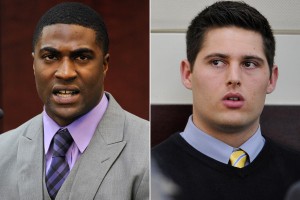 The recent conviction of two former Vanderbilt football players, Brandon Vanderburg and Corey Batey, serves as an important example for the very poor defense of voluntary intoxication. In Pennsylvania, much like all other states, voluntary intoxication or a voluntary drugged condition is not a defense to a criminal charge. While in theory a criminal defense attorney would like to argue that intoxication negates the necessary mental element of intent (mens rea) courts have long held that this type of argument does not constitute a viable defense. See 18 Pa.C.S.§308. The intoxication defense is actually an insanity defense except that insanity is a viable argument where the defense can show, through expert testimony, a person’s mental state prevented them from forming the necessary intent to commit a crime.

Voluntary intoxication is only a defense in murder cases where the defense seeks to mitigate the degree of murder from first to the second degree. First degree murder involves deliberation or premeditation and so the defense argument is that the intoxicated state inhibited the ability to plan a murder. Deliberation or premeditation does not, however, require a certain amount of time and the law is very clear that it can be formed in a matter of seconds.

Defense attorneys in the Vanderbilt case argued that the player’s drunken state combined with their environment prevented them from forming the necessary mental intent to commit the rape. The jury, however, did not find this argument credible and convicted both men in less than three hours of deliberation after listening to twelve days of evidence and argument. It appears that that defense attorneys in this case attempted to argue that the alcohol, drugs, and environment created an idiosyncratic reaction on the defendants. Again, however, this is an extremely weak argument because a particular mental state, however unusual, which develops following the voluntary ingestion of alcohol and drugs is irrelevant. The prosecution in this case correctly brought to the jury’s attention that the defense’s argument was not based on any relevant scientific method process or research but the defense experts subjective belief. The defense’s expert attempted to assert a M’Naghten argument which says that the defendant suffered from a mental disease or defect at the time of the crime to prevent him from appreciating the nature of its wrongfulness.

M’Naghten is the generally accepted test for criminal insanity which is named for the case of Daniel M’Naghten who in 1843 attempted to assassinate England’s Prime Minister, Sir Robert Peel. M’Naghten was found not guilty at trial by reason of insanity. The rule states that a defendant can be found not guilty when the defense can establish that the defendant’s mental state at the time of the incident prevented him from recognizing the nature of his actions. All states including Pennsylvania and Tennessee, have codified this rule which requires the defense to establish proof of this mental state by a “preponderance of the evidence” which is much less than the amount of evidence needed to convict a person of a crime which is beyond a reasonable doubt.

In closing, it’s important to remember that a defense based on voluntary intoxication is weak. If you are charged with a crime and believe that your mental state caused you to commit it you must explain the circumstances of that state to your attorney so that he or she may properly investigate the viability of this argument with the assistance of a licensed professional.