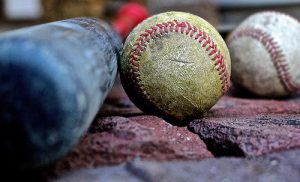 Our criminal defense law blog is always focused on the latest cases of criminal offenses involving high profile individuals, especially professional athletes. Our purpose isn’t to publicly shame these people but rather to use their stories to show that offenses like drunk driving, illegal drug possession of drugs and narcotics, and even illegal possession of a gun or firearm can happen to anyone, even a person who makes, literally, millions of dollars a year to play a game!  This is very reason I wrote the book–5 Ways to Fight & Win Your Pennsylvania DUI

The latest professional athlete charged is Kansas City Royals pitcher Danny Duffy, who was arrested in Overland Park, Missouri, when he was found, passed out in his Cadillac Escalade while in a Burger King drive-thru at approximately 8PM.  Unlike Pennsylvania and New Jersey, the police did not actually take Duffy into custody but rather issued him a DUI citation on site and allowed a friend to pick him up from the scene. Apparently the law in that jurisdiction doesn’t require police to take a resident into custody and allows them to be released at the scene of the incident.

There is no indication if Duffy was actually given a field sobriety test prior to his arrest or a chemical test (blood or breathalyzer) after his arrest. Keep in mind that a DUI in Kansas, much like one in Pennsylvania and New Jersey, doesn’t require the car to actually be moving, but only that the driver be in control of it. In this situation, the fact that Duffy was behind the wheel and the car was more than likely running is all the prosecution would need to prove actual physical control of the vehicle for a DUI prosecution.

What the prosecution would have to prove in this DUI

If Duffy’s case went to trial, the prosecution wouldn’t have to prove a specific BAC level because Kansas, like Pennsylvania and New Jersey, maintains a DUI statute which allows the state to prosecute the individual based on police testimony alone with regards to a person’s ability to safely operate a motor vehicle, along with testimony regarding the police officer’s opinion as to impairment.

If I represented Duffy, I would first obviously assess if he was eligible for any pre-trial diversion programs like ARD. Such a program would allow him to avoid prosecution, minimize a driver’s license suspension, and eventually expunge his record.

It’s important to keep in mind that the diversion program in Kansas is much different than the one in Pennsylvania (New Jersey doesn’t offer a diversion program). In Kansas, a person who accepts the diversion program agrees not to violate any laws for one year, not to drink alcohol for one year, not to go to places that serve alcohol, and to take random urine samples to ensure compliance among all of these requirements. In addition, the person must also attend an 8 hour alcohol education class. If all of these requirements are met, the charges are dismissed after one year. Unlike Pennsylvania, however, a person who accepts diversion will not receive any driver’s license suspension.

Kansas, like Pennsylvania, maintains a DUI tier system but unlike our Commonwealth, there are only 2 types of DUI in Kansas—General Impairment and Specific BAC Over .08. It appears that Duffy’s DUI falls in the first category of General Impairment.

Major League Baseball’s DUI Policy (or the lack of it)

Keep in mind that major league baseball, unlike other sports, does not maintain a very stringent DUI policy. NBA players face a 2 or 3 game suspension for DUI convictions and NFL players receive a mandatory 2 game suspension for a first offense and greater penalties for repeat offenders. MLB has no formal DUI suspension policy despite being a sport which has lost a number of players to alcohol related deaths, including most recently Duffy’s fellow teammate Yordano Mantura who died in the Dominican Republic along with Miami Marlins pitcher Jose Fernandez, who died in a boating accident earlier this year.

Despite having no policy on drunk driving, MLB does have policies on performance enhancing drugs (80 game suspensions and a 40 game suspension for domestic violence). Major League Baseball could consider a possible at its next labor meeting given these recent deaths and the fact that other professional sports have already addressed this DUI issue. Please understand that the fact that Duffy was arrested for DUI does not mean he’s guilty of it and he still has a number of defense options available to him, just like any other person arrested for this crime. With that said, I fully expect him to take advantage of the diversion program, as it appears there is little issue as to the police’s probable cause to arrest him for drunk driving or any reason to believe that the prosecution would not be successful at trial.