Confronting Your Accuser: The Surprising Truth About Preliminary Hearings in Pennsylvania! 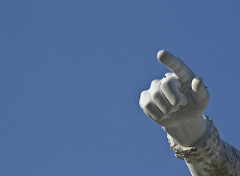 The Sixth Amendment to the United States Constitution provides that an all criminal prosecution the accused person has the right to confront the witnesses against him. In addition to this constitutional amendment, the Pennsylvania Constitution, specifically Article 1, Section 9, also guarantees a person the right to confrontation. Despite these constitutional protections an accused person does not enjoy these Rights at a preliminary hearing under Pennsylvania Rule of Criminal Procedure 542. While the Rules of Criminal Procedure are never superior to the Pennsylvania or the United States Constitution, a recent Pennsylvania Superior Court decision in Commonwealth v. Ricker explained what makes preliminary hearings different and not subject to either the Sixth Amendment or the protections under our Commonwealth’s Constitution.  This decision applies to both misdemeanor and felony offense in Pennsylvania.

A preliminary hearing is an evidentiary pre-trial hearing in which a court must decide whether a prima facia exists against an accused individual. The standard of proof at a preliminary hearing is “more probable than not” and this is a much lower evidentiary standard than that at trial which is guilt beyond a reasonable doubt. Because a preliminary hearing doesn’t determine guilt, the Pennsylvania Superior Court has said that an accused does not have either a state or federal constitutional right to confront the witnesses against him at a preliminary hearing. Hearsay is an extremely complicated legal topic and law school courses in evidence spend a considerable amount of time on it. Hearsay is an out of court statement offered for the truth of the matter for which it is asserted for. Basically, without getting into the exceptions to hearsay, this legal principle prevents either side form introducing a statement of a person without that person coming into court to testify as to what he actually said at the time in question.

The officer in Ricker was injured when the suspect shot him. If your case doesn’t involve a police officer witness and the hearsay is coming from some civilian witness (non-police officer) I highly recommend that your attorney object and argue that the prosecution not be permitted to use the Ricker case as a basis for admitting the hearsay. Preliminary hearings are extremely important because even though your case is held for trial the arguments and evidence from a preliminary hearing often form the basis for pre-trial motions and possible defenses at trial. If you have questions about preliminary hearings or criminal defense tactics I encourage you to watch one of my videos or read my free books.