Reasonable Suspicion and Car Stops in Pennsylvania: When Dont Police Need Probable Cause! 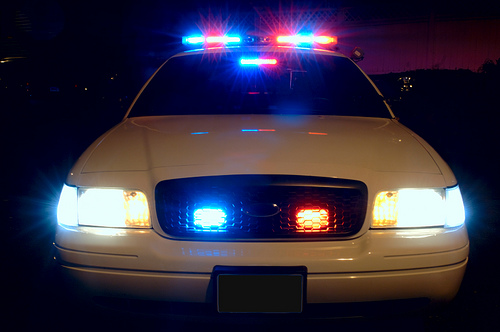 The concepts of reasonable suspicion and probable cause are critical to any criminal defense especially in motor vehicle cases. A motor vehicle (car) stop is considered a “seizure” under the Fourth Amendment to the United States Constitution and Article 1, Section 8 of the Pennsylvania Constitution. A vehicle stop is considered a “warrantless” seizure under both the Pennsylvania and US Constitutions. While a warrantless seizure is “presumptively unreasonable” under the Fourth Amendment, there are exceptions to the search warrant requirement.

Police are allowed to briefly detain an individual for an investigation and, if appropriate, to conduct a frisk for weapons or other contraband if there is a reasonable suspicion that there is criminal activity occurring.  There is even new case law in Pennsylvania (Com v. Gary) which says that they can search the car if they can establish probable cause that a crime is occurring (drug in the car or other contraband)

Police don’t always need probable cause, however, to initiate a vehicle stop. Probable cause is a higher form of reasonable suspicion. Probable cause with regards to car stops is a police officer observing some violation of the vehicle code (i.e. speeding). Under the US Supreme Court case of Terry v. Ohio, however, police, in some situations, can stop a vehicle based on reasonable suspicion. Following this stop, an investigative detention, must be based on reasonable suspicion of criminal activity (i.e. odor of drug, alcohol) to justify this period of detention. If the detention is too coercive (holding a person an unreasonable amount of time) it can equate to an arrest without probable cause, which is a violation of a person’s Fourth Amendment Rights.

Again, not all vehicle stops based on only reasonable suspicion are constitutional and the police officer stopping the vehicle must articulate a clear investigative purpose for the stop. For instance, an officer who stops a car for briefly for crossing a lane line would have to articulate that he believed the driver was intoxicated or possibly in some other distress (sleepy) to justify the stop. While the prosecution could argue that crossing the line constituted a motor vehicle violation, they would still need testimony that the officer stopped the car for that reason alone. It would be highly unusual for a police officer to stop a car if it crossed the lane once without causing any type of accident or even the threat of accident.

If the police officer failed to articulate these reasons, a court could find the stop unconstitutional because it violated both the state and the US Constitution. Courts allow police officers to stop cars based on less than probable cause (i.e. reasonable suspicion) because the state and federal governments have a compelling interest in preventing drunk driving or sleepy drivers which obviously cause deaths and other injuries in addition to property damage. Since DUI is a criminal offense, there is obviously a government’s interest in preventing it.

When a Pennsylvania criminal court is deciding whether or not to grant a Motion to Suppress Evidence (a motion which argues a lack of reasonable suspicion or probable cause based on the 4th Amendment) a court will consider all reasonable inferences made by the police officer who are permitted to draw upon their experience as professionals in these areas. These concepts are critical to your criminal defense in Pennsylvania. For more information on these concepts pick up one my free books-Commonwealth v. You or 5 Ways to Fight & Win Your Pennsylvania DUI case