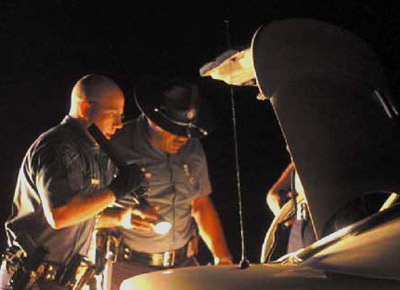 The general rule regarding the search of an individual’s property or person is that it is unreasonable (illegal) unless police first obtain a search warrant which is supported by probable cause and issued by an independent judicial officer (magistrate or judge). Originally in Pennsylvania, the search and seizure provision of our Commonwealth’s Constitution provided a person with greater protection against illegal searches and seizures than the U.S. Constitution. Pennsylvania through Article 1, Section 8, specifically prohibited a warrantless search of a motor vehicle unless police or law enforcement could provide evidence of exigent circumstances beyond the mere mobility of the vehicle.  This is major issue in all criminal defense cases but especially those involving illegal guns, drugs,, narcotics, controlled substance, DUI (drunk driving) and DWI.

Pennsylvania, with respect to these warrantless searches of vehicles didn’t follow the federal standard or the U.S. Constitution under the Fourth Amendment to the U.S. Constitution. This was a very important distinction between Pennsylvania and federal law, which remained in place until April, 2014, when the Pennsylvania Supreme Court decided the case of Commonwealth v. Gary. There the court held specifically held that the Pennsylvania Constitution does not provide any greater protection than the U.S. Constitution. In that case, the defendant, Gary, was stopped in Philadelphia for a window tint violation. During the police investigation, the officers smelled marijuana and asked Gary “if there was anything in the vehicle that they needed to know about”. When Gary admitted that there was “weed” in the car, the officers removed and placed him in a police vehicle while calling for a canine unit.

When the dog arrived, Gary attempted to flee and police apprehended him. The police then searched the car without a warrant and found two pounds of marijuana underneath the front hood in a bag lodged near the air filter. Gary’s trial attorney filed a motion to suppress the illegal search under the Pennsylvania Constitution, which the Philadelphia Municipal Court and the Court of Common Pleas denied. The Pennsylvania Superior Court reversed the decision and an appeal was made to the Pennsylvania Supreme Court.

While the Pennsylvania Supreme Court noted that the Pennsylvania Constitution can provide greater protections, it found that those protections only apply when there is independent state constitutional analysis that would indicate that a standard should be applied. The court in Gary specifically found that the mobility of the car alone didn’t necessarily invalidate a warrantless search of a vehicle and the expectation of privacy with respect to one’s automobile is significantly less than one’s home or office.

For more information on illegal searches and seizures and your constitutional rights, please visit my free download section of the website.