College and Crime: The 5 Most Common Student Offenses 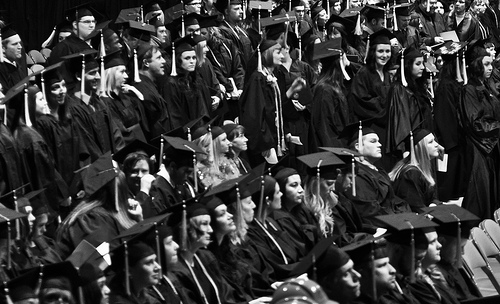 While our law firm is often defending cases involving illegal possession of drugs, guns, and DUI, we have represented a number of college students who are often charged with much less serious offenses. College and even high school seniors don’t usually commit felony and misdemeanor offenses but nevertheless sometimes find themselves in a criminal court due to a summary offense. The parents of these students are not only concerned about the immediate consequences of these minor offenses, but their long term effects on their students’ academic and professional careers.

Government and private employers’ application processes often require not only a minimum degree of education but often, in many cases, background checks. These background verifications are often concerned about criminal convictions but also focus on any type of contact with law enforcement which would include arrest and citations. In our experience college and high school students usually commit the following five offenses:

If your son or daughter is charged with disorderly conduct the prosecution will need to establish beyond a reasonable doubt that he or she created a public disturbance which ultimately lead to his or her arrest. Disorderly conduct is a summary offense in Pennsylvania which means it is much less serious than a misdemeanor or a felony. If your son or daughter was charged with disorderly conduct it is important that your criminal defense attorney negotiate a favorable non-trial disposition which eventually provides for an expungement of the criminal record. If your defense attorney isn’t able to negotiate such a non-trial disposition, he should never plead your student guilty to this charge. Again, disorderly conduct isn’t a serious offense but many employers and even graduate academic programs could and often do deny applicants based on arrests for these charges without even a conviction.

It isn’t good enough for the prosecution to simply withdraw the case against your student and an expungement of the student’s record is critical in these cases.

The drinking age is common knowledge but people don’t often understand that in Pennsylvania underage drinking, for even a first time offender, can result in a 90 day license suspension. This driver’s license suspension will not only negatively influence car insurance rates but it can also limit college internships as many programs want their students to have driver’s licenses in order to travel to and from different management trainee rotations.

Again, a student should never simply plead guilty to an underage drinking charge but rather your criminal defense lawyer should either negotiate a favorable non-trial disposition or contest the charges. Contesting the charges means forcing the prosecution to prove each element of underage drinking beyond a reasonable doubt. This may be difficult if not impossible especially if the prosecution’s case relies on non-government witnesses (bartenders, servers, employees) who are often extremely transient and unwilling to come to court, even with a subpoena, because they are not being paid or compensated for their time outside of work

There has been a lot of debate over the decriminalization of marijuana in Philadelphia but it remains a crime in the Commonwealth of Pennsylvania. While the possession of marijuana isn’t as serious as the possession with the intent to deliver (PWID), it can seriously hinder a student’s academic and professional activities. While a student may pass a drug test, a conviction or even an arrest for any type of drug activity could imply that the student is a recreational drug user and may have even used some type of masking agent to pass a drug test. If a student is charged with simple possession of marijuana he or she may still be eligible for ARD or other diversion programs in Philadelphia or its neighboring counties but it is important never to assume entry into a program.

While a student obviously enjoys the Fourth and Fifth Amendment Rights under the United States Constitution and under Article 1, Section 8 of the Pennsylvania Constitution, I would not recommend proceeding with the pre-trial motion if an alternative diversion program is an option. It is also important to consider that if you are convicted of any drug crime in Pennsylvania the student will lose their drivers’ license for six (6) months. This is even more of an incentive to accept an alternative diversion program.

As I have written earlier, most people assume that drag racing is only limited to the actual driver in these illegal competitions but Pennsylvania defines drag racing very broadly. In Pennsylvania it is not only a crime to drive in a drag race but it is also a crime to participate in any way in one. A student who is convicted of drag racing will receive a six (6) month license suspension and it is considered a summary offense just like underage drinking.

I have obviously written a lot on driving under the influence (DUI) but my intent here is to focus on underage drivers. In Pennsylvania while a person over the age of 21 can drive a car even after consuming alcohol this doesn’t apply to an underage driver. In Pennsylvania, under Section 3802(e) a minor commits a DUI when his or her BAC is .02. This is an extremely low blood alcohol content and practically any consumption of alcohol will result in a BAC of this level. Minors, however, can still receive programs such as ARD which would only result in a 90 day license suspension as opposed to a one year license suspension for a first time offense. If a minor doesn’t accept ARD or isn’t eligible for it because of some prior offense the mandatory minimum is 2 days in jail, a 1 year license suspension, and a $500.00 fine. This is all for a first time offender and a second offender faces a mandatory minimum of 30 days in jail, a 12 month license suspension, and a $750.00 fine.

If you would like more information on criminal defense strategies, please check out my free resource section!