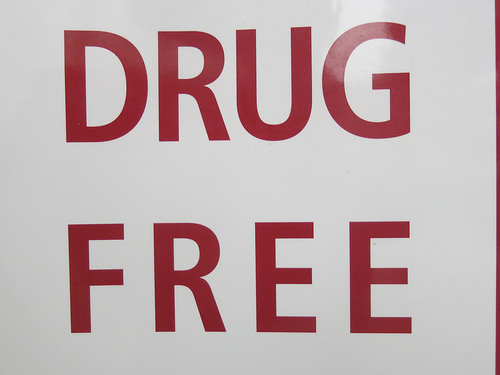 Most people believe that a criminal problem will never become a part of their lives or the lives of those close to them but life sometimes doesn’t always work out that way. We see it sometimes in our own lives and even in the world of professional sports, drug addiction can happen to anyone, regardless of how much money they make or the good people around them.

With that addiction comes the possibility of a criminal record and maybe even jail. If you or a friend is charged with a crime involving illegal drugs or narcotics, it’s important to discuss the problem with an attorney but also educate yourself on the criminal justice system.  I encourage you to read my  3 books on criminal defense, including the latest, What Everyone Should Know About Guns, Drugs, and Defense Lawyers in Pennsylvania.  Here are some of the most common questions from clients:

ANSWER – Pennsylvania classifies the severity of a drug charge based on the federal government classification or Schedule of drugs. The federal government classifies illegal drugs and narcotics according to five(5) schedules. These schedules are based on the drug’s medical purpose and the addictive nature of that drug.  Here is a quick rundown of common drug classification

Pennsylvania used to have mandatory minimum sentencing for crimes involving the possession with the intent to deliver, distribute or manufacture these drugs. While these laws have since been declared unconstitutional, a person charged with this crime still faces the possibility of a state prison sentence, fines and long periods of parole and probation.

With a felony there is a real possibility of state prison sentence whereas the criminal penalty for misdemeanor is usually probation or possibly a much shorter county jail sentence with immediate parole. A felony conviction may also limit your professional and education opportunities because many programs will deny you admission because of it. Pennsylvania also won’t permit you to carry or even be in the possession of firearm with a felony conviction

With a PWID charge the prosecution must establish beyond a reasonable doubt that you distributed or intended on distributing a drug a controlled substance to another person. They can do this through evidence of observed drug sales, transactions or what we call circumstantial evidence of this crime such as a substantial amount of drugs in your possession, money or drug paraphernalia like scales, bags in your possession.

Most people think that police or law enforcement need to find the drug on you to charge you with crime. That’s simply not true and wrong! The prosecution can prove it’s case against you through actual possession or constructive possession. Actual possession is what we all think of—the drug is found on your person (in your pocket or hidden underneath your clothes).

Constructive possession is when the drug isn’t found on you, but in area around you (like in the closet of your home, underneath a mattress, under the seat of your car). Now, the prosecution has to establish more than just the drug being around you for a conviction but the important take away here is that the assistant district attorney doesn’t need to establish that the drug was on you for the conviction. The same applies to any type of criminal or illegal item such as an illegal handgun.

Philadelphia is just choosing to address certain marijuana offense with a civil municipal ordinance violation rather than a criminal penalty. If you’re stopped on a city street in Philadelphia, with 30 grams or less of marijuana in your possession (about an ounce or less), the police officer will issue you a citation rather than arresting you.   Possession of Marijuana is still a misdemeanor and Possession With the Intent to Deliver PWID – Marijuana is still a felony

Again, I discuss all of these topics in my latest book- What Everyone should know about Drugs, Guns and Defense Lawyers in Pennsylvania which is available for free on my website – GAMBONELAW.COM. You can also call my office to receive a free paper back copy we answer calls 24/7 a week