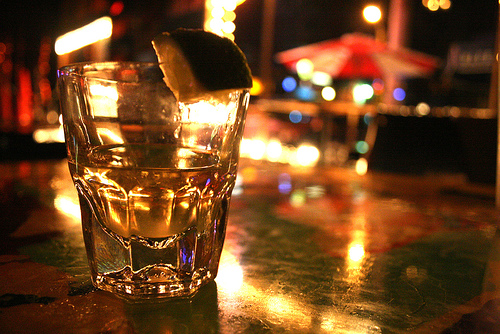 In the case of driving under the influence criminal charge (DUI), alcohol affects a person’s ability to react and decreases information processing time. This is obviously important when driving a car or other motor vehicle in Pennsylvania. Alcohol consumption also impairs vision, visual perception, judgement, and risk assessment. A person’s blood alcohol concentration (BAC) increases from 0 after the first drink. The Committee on Alcohol and Other Drugs of the National Safety Council has concluded that all individuals are impaired with respect to operating a motor vehicle at an alcohol concentration of .08 (legal limit in PA) and above. There are three phases that occur after alcohol is consumed and they are plotted on what is known as the alcohol concentration curve. These three phases are as follows:

Unlike most other ingested substances, alcohol isn’t digested and approximately 20-25% of it is absorbed through the stomach lining. The remainder of alcohol enters the small intestines.   The most rapid absorption occurs when alcohol is consumed on an empty stomach and this is the most important factor when it comes to the rate of alcohol absorption in drunk driving cases. Unlike alcohol, food is digested and any alcohol trapped within that food takes longer to absorb.

The peak phase occurs within 30-60 minutes after a person stops drinking! With regards to the alcohol’s distribution through the body, alcohol is completely soluble in water. Alcohol’s Concentration is directly related to one’s total body water content. About 68% of an average male’s body weight is water, while the percentage is 55% for average females. In general, the heavier a person is, the greater the amount of alcohol that must be consumed to reach a specific alcohol concentration in the body.

Finally, the post absorptive phase is also known as the elimination phase in which the alcohol is expelled from the body through the metabolism, excretion, and evaporation. Metabolism accounts for approximately 95% of alcohol elimination. Alcohol is excreted through tears, urine, sweat, and saliva. Alcohol also leaves the body through the lungs and is excreted through breath which allows it to be measured in a breath sample.

While police and law enforcement can use a breathalyzer and blood draws to measure alcohol concentration, we can also roughly calculate this number through what is known as the Widmark Formula that uses a person’s weight, gender, and amount of alcohol to arrive at an alcohol concentration.

For more information on DUI defense, alcohol, and drugs I encourage you to read my blog, subscribe to my newsletter, and watch my videos. Also, check out the second edition of my DUI Book – Five Ways to Fight and Win Your Pennsylvania DUI Case.  All of these great tools are available on my website. Stay relentless!