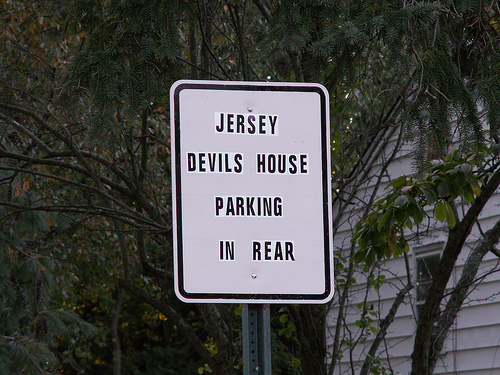 Unlike Pennsylvania, the Garden State doesn’t have a drunk driving diversion program (aka Accelerated Rehabilitative Disposition Programs (ARD)). Further, New Jersey’s Driving While Intoxicated (DWI) statute, unlike our Commonwealth’s Driving Under the Influence (DUI), requires a license suspension for any DWI conviction. N.J.S.A 39:4-50. In Pennsylvania a person won’t lose their driver licenses following a first time DUI conviction under Title 75, section 3802(a)(1) (general impairment), provided that there was no accident or section 3802(a)(2) (BAC .08 -.10). New Jersey will, however, will suspend a license for any first time drunk driving conviction for at least 3 months and as much as 7 months depending on someone’s BAC. (.08 – .10 – 3 month, over .10, 7 month suspension for first time offenders

Drunk driving isn’t the only way to lose a driver license in New Jersey. There are a variety of traffic offenses that impose points against a license. New Jersey will administratively suspend any person’s driver license if he or she accumulates more than 12 traffic points in one year or 15 points within 2 years. Most people believe that 12 points in one year or even 15 points in 2 years is nearly impossible because even something like reckless driving carries 5 traffic points. With that said, however, a driver can easily rack up a substantial amount of points in just one bad moving violation incident. Remember, traffic offenses aren’t mutually exclusive and you can violate multiple sections of the New Jersey traffic code in one incident.

For example, if you’re speeding at 15-29 MPH over the limit, you could get a speeding ticket that carries 4 points and the officer could issue you reckless driving ticket that carries 5 points. The police officer could also issue a careless driving ticket that carries 2 points –a total of 11 points from just one incident! Even if you incurred a subsequent minor moving violation in that same year like the Failure to Keep Right (2 points) or the Failure to Properly Stop at a Cross Walk (2 points), you would lose your license for a minimum of 30 days and as many as 180 days! Keep in mind that a New Jersey Municipal Court Judge could also suspend your driver license for 90 days just for the reckless driving charge alone!

You could receive all of these above traffic violations in addition to a DWI; the suspensions would not run concurrently (at the same time. See 39:5-30.4). If you were arrested for even a first time DWI and committed the above traffic offenses you could your lose license for 10 months and as many as 14 months if you didn’t have the proper criminal defense representation when you walked into court.

In addition to the accumulation of traffic points, a New Jersey criminal court can suspend your driver license for 6 months, if you are convicted of any drug offense including but not limited to possession, distribution and conspiracy to possess, distribute or manufacture any controlled substance, narcotic, or drug under the State’s The Comprehensive Drug Reform Act of 1987. N.J.S: 2C:35-1 et al.   This is similar to Pennsylvania’s law pertaining to drug convictions and license suspensions. Again, such a suspension would be consecutive (one after the other) to any other suspension for DWI, or the accumulation of traffic points. A New Jersey Judge, however, isn’t required to suspend your driver license if the suspension will result in an extreme hardship and alternative means of transportation aren’t available. See 2C:35-16. This is a critical point for your lawyer to argue in court.

In closing driving is privilege and not a right in New Jersey or Pennsylvania. As always, I encourage you to visit my free download section for more great criminal defense tips.   Here is a list of the most common traffic offenses in New Jersey and the points associated with them: