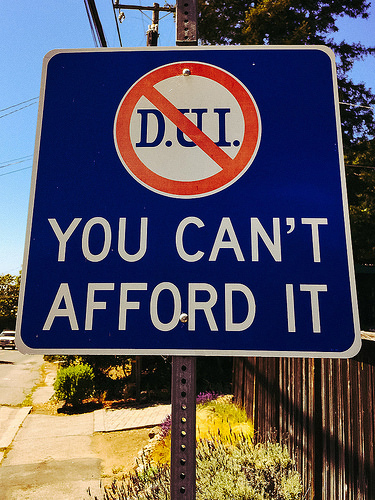 The recent US Supreme Court decision will more than likely influence blood testing in Pennsylvania drunk driving cases and there’s a good possibility that police and other law enforcements within the Commonwealth will therefore utilize the breathalyzer in these case. While breath testing is less accurate than blood the Court’s decision in BirchField v. North Dakota may cause law enforcement agencies to concede this lack of accuracy for smoother prosecutions. Gas chromatography is a scientific technique designed to separate and quantitate volatile materials in a heated column. It’s used in DUI cases to analyze a person’s breath sample.

A breathalyzer takes a small volume of liquid mixture consisting of a known solvent and a sample substance (a person’s breath) and injects it into a machine (breathalyzer) which is carried into a heated column by inert gas. This liquid mixture vaporizes and then separates into various components which are carried into a detector. While there are several types of chromatographs the most common and the one used in breath testing is a gas chromatograph.

All the substances that enter a breath testing device eventually emerge from the other end of the column. The period of time between the injection into the column and its emergence (identification) is referred to as the “retention time” of the compound. The retention time can therefore identify an unknown compound by directly comparing it to the values of a known compound under the same conditions. Gas chromatography is used to determine qualitative (compound identification) and quantitative size of a sample. In DUI cases, gas chromatography measures the grams of alcohol per 100 ml of a subject’s blood. Obviously a breathalyzer doesn’t test the person’s blood so the results are based on an assumed breath to blood ration of 2100 to 1.

During a breath test, a subject blows a sample directly into an inlet tube which goes directly into a waste airbag. The breath test operator then presses a button when the waste airbag is filled, diverting the air to the chromatograph. As the substances in the sample are transported through the device, the alcohol separates from other substances as each migrates at its own particular speed. The device therefore not only identifies a particular substance but also determines the quantity of the substance and converts it into a supposed blood alcohol concentration which is displayed on a digital screen. Given the assumptions with the breath test device, it’s always open to the possibility of error due to the operator’s failure to administer the test properly or the malfunctioning of the actual device.

It’s important to understand that the device and the gas chromatograph within it only uses a small sample (less than 1 milliliter) and so even a small error can be significant. Remember that a breathalyzer measures and determines unknown substances which are suspected to be alcohol and compares them to a constant. Therefore your criminal defense lawyer should focus not only on operator error but also the possibility that the device malfunctioned through an issue with the sample, the constant substance (sample within the device), and outside interference from other electronic devices such as cell phones and other electronics which could produce radio waves.

For more information on breath testing devices I encourage you read the second edition of drunk driving book—5 Ways to Fight and Win Your Pennsylvania DUI Case.

Alcohol Absorption & BAC: What slows it down and what speeds it up? Using an Expert in Your Pennsylvania DUI Defense