Friends, Associates, and Criminal Conspiracy: What They Must Prove? 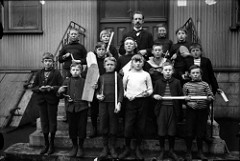 Criminal conspiracy is often not discussed but an understanding of it is critical to any criminal defense strategy. A person convicted of criminal conspiracy faces the same consequences as the principal actor. In Pennsylvania, the prosecution (District Attorney) can establish criminal conspiracy where it proves beyond a reasonable doubt that the accused person entered into an agreement to commit or aid in an unlawful act with another person or persons with shared criminal intent and an overt act was done in furtherance of the conspiracy.

At the very basic level, a criminal conspiracy requires the common understanding that a particular criminal objective is to be accomplished. While an overt act is required to establish conspiracy it is important to understand that the accused person doesn’t need to commit the act as long as a co-conspirator commits it.

The prosecution must establish some connection between the co-conspirators and it’s important that your criminal defense attorney raise the issue that mere association with perpetrators, mere presence at the scene or mere knowledge of the crime is insufficient to establish criminal conspiracy. The Commonwealth (District Attorney) must prove shared criminal intent (i.e.: that the accused was an active participant in the criminal enterprise and that he had knowledge of the conspiratorial agreement).

The prosecution must prove more than just mere suspicion or the possibility of guilty.Since conspiracy attaches accomplice liability to the accused individual making them liable for the acts of their co-conspirators the prosecution must establish active and purposeful engagement in the criminal activity. Again, mere presence at a scene is insufficient to support a theory of accomplice liability and therefore insufficient to establish criminal conspiracy beyond a reasonable doubt.

For more information on criminal defense strategies I encourage you to read my books, watch my videos, and subscribe to my monthly newsletter.

Criminal Defense Witnesses and the Prosecutions Burden of Proof Was it Voluntary? Police Interrogations and the Admissibility of Confessions