How your DUI charge could also lead to an assault charge 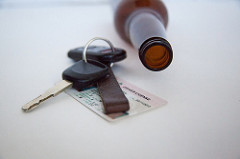 I’ve written many articles on driving under the influence (DUI) in Pennsylvania and New Jersey. Most of these articles focus on the drunk driving charge, but the focus of this blog is related criminal offenses, which can also come from a DUI/DWI charge under Section 3802 of the Pennsylvania Vehicle Code (Title 75).

While most individuals won’t usually face additional charges, there are situations where the alleged conduct is so reckless that district attorney office’s in the Commonwealth charge the offenses of recklessly endangering another person (REAP) under Section 2705 (Title 18 of the Pennsylvania Crime Code). It’s important to keep in mind that driving under the influence of an intoxicating substance (drugs or alcohol) does not, in and of itself, create sufficient evidence to support conviction for reckless endangerment. The prosecution must establish “other tangible indicia of unsafe driving” to a degree that creates a substantial risk of injury which the driver consciously disregarded. While there is an argument that drunk driving, in and of itself, is reckless conduct, criminal courts in Pennsylvania require the prosecution to show more than just an intoxicated driver to convict an individual of this misdemeanor offense. In other words, without more evidence than just drunk driving, the court will find the Commonwealth has not met its burden to establish guilt. This means that the prosecution will have to establish that the defendant acted in an intentional reckless manner which created a much more immediate and substantial risk of injury to other people. While judges in Pennsylvania’s Supreme Court have disagreed, the majority still hold the position that driving in the state of voluntary intoxication is not recklessness “per se”.

Your criminal defense lawyer must remember that unsafe driving results from a diminished judgment but that this, in and of itself, is not enough to satisfy the requirements of reckless endangerment. What is material to this determination is actual reckless driving or conduct which, for any reason, creates the danger in question. Under Section 2705 a person is guilty of reckless endangerment when he/she consciously disregards a substantial and unjustifiable risk. While it may seem odd, the Pennsylvania Supreme Court, at this point, is not ready to assume that intoxicating driving creates a “substantial risk that death or serious bodily injury will occur” but there is a strong likelihood that this may change in the near future, especially if current justices on the court retire and are replaced by judges who have experience with drunk drivers and a potential harm from this conduct.

Aggravated assault is a felony of the 1st degree where one attempts to cause serious bodily injury to another or causes such injury intentionally, knowingly, or recklessly under circumstances manifesting extreme indifference to the value of human life. For the purposes of DUI however, the degree of recklessness must be performed under circumstances that almost assure that injury or death will ensue. In other words, recklessness must be to such extent that life threatening injury is essentially certain to occur.      Mere recklessness is insufficient to support aggravated assault. There must be an element of deliberation or conscious disregard, which is not present to the same extent in the misdemeanor charge of reckless endangerment, which is far less serious.

For more information on drunk driving charges or crimes related to the illegal possession of drugs or alcohol I encourage you to keep reading my blog and visit the free download section.