Why your car keys can make a difference in your DUI? 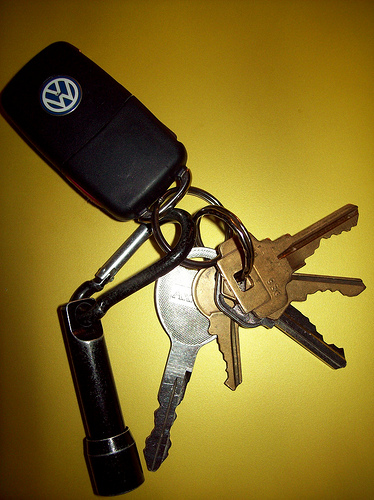 Drunk driving defense is often about looking at minor details and determining how your defense can make them big issues to establish reasonable doubt in your criminal case in Pennsylvania or any jurisdiction. Prior to trial, your criminal defense lawyer should look at issues like reasonable suspicion and probable cause to stop and arrest along with the chemical testing procedure (blood test or breathalyzer). At a DUI trial, however, the prosecution must establish that you were in control of the vehicle in addition to the other elements of impairment and unsafe driving. While the issue of control is sometimes obvious because the police stop a driver who is clearly operating the car this isn’t always the case especially in situations involving motor vehicle accidents or where someone contacts police regarding an alleged drunk driver who is already out of the car.

Remember the prosecution must establish that a person was driving under the influence within two (2) hours of their arrest in order to establish guilt beyond a reasonable doubt for the most serious DUI charges (see my article on the 9 types of DUI). Section 3802(b) for example prohibits the operation, driving, or being in actual physical control of the movement of a vehicle after an individual has “imbibed” (drank) a “sufficient” quantity of alcohol such that their blood alcohol concentration (BAC) is equal to or greater than .10 but less than .16 within two (2) hours of driving. Section 3802(c) is similar to Section 3802(b) the only difference is that 3802(c) requires that the prosecution prove a BAC of .16 or greater. If police didn’t see a person drive the car, however, one of the critical pieces of evidence to establish this element (control) is the location of a person’s keys.

If, for example, the keys are in the ignition and the person is seated behind the wheel this is very strong direct evidence that the person was driving the car or at least in actual physical control of it (which is just as bad for DUI case.) If the car keys, however, are out of the car or even on the seat, the prosecution will likely need a witness to testify that a person was actually driving the car in order to establish guilt for the more serious DUI sections.

The prosecution still, however, may prove that a person is guilty of general impairment (Section 3802 (a)(1)) provided that a police officer can testify that a person wasn’t fit to operate a motor vehicle safely. Even with this section, however, the prosecution must still prove the person was actually driving the car so it would still need a witness to testify as to actual physical operation. The two (2) hour window rule doesn’t apply to Section 3802(a)(1) because BAC isn’t an element of this offense.

Remember keys in the ignition are bad for your DUI case and obviously answering any questions with regards to if you were driving a car are extremely bad for your DUI case. My advice is to always remain silent and not answer any questions which the police officer poses to you about your operation of the car. The burden of proof is always on the prosecution and never on the defense. Answering a question simply gives the prosecution more evidence to use against you. For more information about DUI defense I encourage you to read my book, 5 Ways to Fight and Win Your DUI Case.

DUI Field Sobriety Testing: What are your rights