When is the Investigative Police Stop of a Pedestrian Permissible? 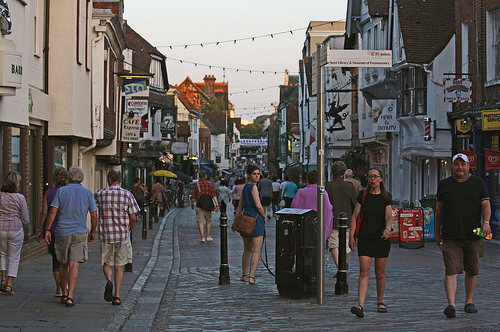 I’ve written articles on the constitutionality of car and vehicle stops in the context of drug and DUI charges but haven’t devoted enough attention to pedestrian stops. Police stop persons walking down the street as often, if not more often, than motor vehicles and so this issue is important. If you’re a frequent reader of my blog, you understand that police need probable cause to arrest someone for a crime but prior to that arrest an investigative detention (stop) often occurs.

During this stop police begin an investigation that helps form the basis for probable cause to arrest. The basis for this stop, however, is extremely important because without a sufficient basis, the search and seizure of the suspect will be deemed illegal. Any evidence found as the result of an illegal search and seizure is inadmissible and therefore can’t be used as evidence against someone during a prosecution. Police stops often occur after an officer observes a suspect who he believes is involved in criminal activity based on his experience and training.

In addition to these instances, police are also permitted to stop a person if they believe that the individual is carrying some type of contraband (i.e.: a gun- bulge). Further, after the stop police may frisk someone to confirm that the person isn’t a threat to the officer’s safety. This is known as a “Terry Stop.” While police need probable cause to arrest someone and search their belongings, they only need reasonable suspicion for an investigative stop (detention).

It is important to keep in mind, however, that a police stop is only constitutionally permissible if the police officer can articulate a reasonable basis for his belief that some type of crime was occurring prior to the stop. For instance, if police simply observe unusual movements or some type of awkwardness, Pennsylvania Courts have found that this isn’t enough to establish reasonable suspicion for a police stop.

A person’s presence, however, in a high crime area combined with unusual movements or “hand to hand” transactions is probably enough for a stop for further investigation. Pennsylvania criminal courts will evaluate the reasonableness of a police stop based on a totality of the circumstances analysis based on the officer’s training and experience. There is no simple answer to the issue of reasonable suspicion or probable cause and every case is different.

While the Pennsylvania Supreme Court has ruled that police have probable cause to search a suspect based simply on the observation of the exchange of items in a high crime area, our Supreme Court still stressed that the prosecution must establish a “nexus” between the officer’s experience and his decision to search.

The bottom line is that reasonable suspicion to make an investigative stop is an important issue to any drug or gun case in Pennsylvania and beyond. While the test for reasonable suspicion doesn’t require as many “articulable facts” as probable cause, your criminal defense attorney must analyze this part of your criminal case. If reasonable suspicion and/or probable cause are issues, your attorney must assert your Fourth Amendment Right against illegal search and seizure through a Motion to Suppress Evidence prior to trial. If your attorney doesn’t do this you waive your Fourth Amendment Right and it can seriously jeopardize your case. If you have more questions about criminal defense strategies you should read my books and subscribe to my monthly newsletter.