The 5 most common questions about crime in New Jersey 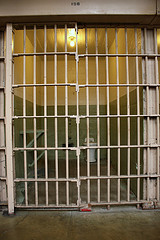 Pennsylvania and New Jersey may share borders and bridges but there is a tremendous difference in their criminal justice systems. Our criminal defense law firm has represented individuals in a number of counties in the Garden State including Burlington, Camden,  Gloucester, Mercer, Cumberland, Morris, and Sussex. I have found that the most common questions in these matters are as follows:

Here are some examples of degrees of crime in New Jersey:

Please keep in mind that many offenses in New Jersey aren’t confined to a specific degree. Aggravated Assault, for example, can be a 2nd, 3rd or even a 4th degree offense depending on the circumstances surrounding the incident.

2.  How does the grand jury system work in New Jersey?

After a criminal complaint is filed, the prosecutor’s office in each county determines whether to pursue that complaint. During the prosecutor’s evaluation they will determine if there is sufficient evidence to pursue a conviction and if there is, they will present it to the grand jury for indictment. If there is insufficient evidence, the charges will be downgraded to a disorderly person’s offense and remanded or sent back to the municipal court for a hearing or possible dismissal

The grand jury is composed of a group of citizens who have been selected from voter registrations. These individuals hear the evidence and determine if there is sufficient evidence to formally charge a defendant. An indictment is not a finding of guilt and requires the majority of 23 grand jurors. If these jurors decide to indict it is called a “true bill” and if there is insufficient evidence to indict it is called a “non-bill” and the charges are dismissed. The jury, however, may decide to charge the defendant with a less serious offense which would be downgraded and remanded to the municipal court.

3.  What happens after an indictment?

21 days after the return of an indictment a pre-arraignment conference is held. At this pre-arraignment the defense is provided with discovery and at this time he or she may apply for the Pre-Trial Diversion Programs (PTI) or even enter into plea bargain negotiations.

PTI is a diversionary program in New Jersey which permits certain accused persons to avoid formal prosecution and conviction. Defendants who are seeking this program must apply to the criminal division for that county. Case supervisors will conduct an investigation to ensure eligibility. Admission into the program requires the consent of the prosecutor’s office, the criminal division manager, and the criminal judge. The following individuals aren’t usually eligible for PTI: persons charged with violent offenses, probationers and parolees, and/or persons accused of racketeering or organized crime.

4.  Who is entitled to bail and how is bail determined?

The New Jersey Constitution requires that bail be set within 12 hours following the issuance of a criminal complaint. All defendants have a right to bail under the state constitution and if bail is posted the defendant is released until the charges are resolved. Persons who have a significant tie to the community and/or no criminal history may be released on their own recognizance or ROR. A person may also be required to post funds or property or a personal bond which is a promise to appear or face a judgement.

For more information on criminal defense strategies in New Jersey, continue to read my blog and visit the free download section.