How do Pennsylvania criminal courts treat IPads and IPhones? 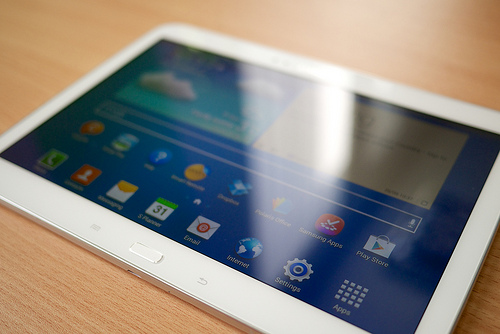 Probable cause and reasonable suspicion are important concepts in the area of criminal defense and pre-trial motions. If Police don’t have probable cause and or reasonable suspicion, the search and or arrest of a suspect is illegal. Even if there is search warrant in these cases, a criminal court will find that the evidence obtained from the arrest is inadmissible in a criminal prosecution. While everyone enjoys the Fourth Amendment right against illegal search and seizure as well under the Pennsylvania Constitution (Article 1, Section 8) a person must have legal standing to assert it.  Search and seizure doesn’t just apply to traffic stops

Standing with regards to a Fourth Amendment and illegal search and seizure means that a person must have a reasonable expectation of privacy in the area searched. If a person doesn’t have a reasonable expectation of privacy, they can’t assert an argument that a search is illegal. In Pennsylvania, the Wire Taping and Electronic Surveillance Act is designed to protect privacy. The Act derives from our Fourth Amendment right and our rights under the Pennsylvania Constitution. This Act prevents police from “intercepting electronic, mechanical, or other devices” based on a person’s Fourth Amendment Rights against illegal search and seizure.  This applies to both felony and misdemeanor offenses in Pennsylvania.

This Act in Pennsylvania specifically covers any device or other apparatus used to intercept phone calls. The intercepting device, however, doesn’t include simply listening to a telephone call that is for instance played on a speaker of a cell phone. This was the situation in a case that occurred in Pennsylvania last year (Commonwealth v. Spence) where the Pennsylvania Supreme Court ruled that the act of a state trooper listening to the speaker on an informant’s phone didn’t violate Wiretap Act in Pennsylvania. It is important to understand that this type of evidence may be suppressed either under the Wiretapping and Electronic Surveillance Act or under the Fourth Amendment to the United States Constitution.

To assert the Fourth Amendment, however, you must have an expectation of privacy. In a recent case, however, the Pennsylvania Superior Court made a distinction between an IPad and a cell phone. In Commonwealth v. Diego the court said that an IPad isn’t a cell phone or any type of phone under the Wiretap Act. In this decision, the Superior Court found that an IPad is an electronic, mechanical, or other device which would be included under the Act. Police, therefore, can’t use an IPad to intercept text messages, e-mails, and other forms of communication.  Read my other article on this important topic

The court found, however, that a person who sends a text message, leaves an e-mail, or other “chat communication” has no expectation of privacy in that communication. The court found that these messages are equivalent to voicemails on an answering machine (if people even use them anymore.) Since there is no expectation of privacy, the person doesn’t have standing and can’t asset the Fourth Amendment against illegal search and seizure.

While an IPad does fall under the “device” category of the Act police don’t violate the Wiretap Act when they view a received text message on an IPad, IPhone, or a computer. Keep in mind that it’s the interception of the communication which violates the Act not the receipt of it. Viewing the text that was already received is neither a violation of the Act or a violation of a person’s Fourth amendment rights.

If you have more questions about criminal defense strategy, please check out the rest of my website which includes links to my books, videos and blog!