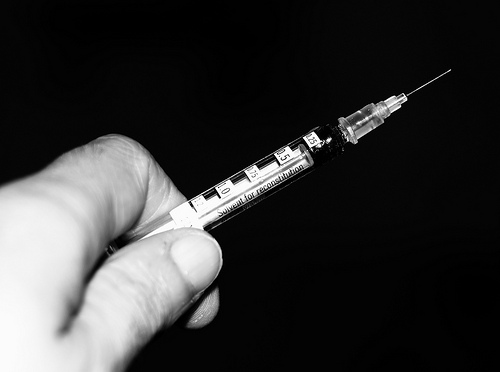 I have written previous articles about the possession, sale, and distribution of drugs and other controlled substances focused on the prosecution’s burden of proof and the elements of these offenses. A drug offense can be charged as a felony (possession with the intent to distribute – PWID) and as a misdemeanor (simple possession). A conviction for a drug offense can involve probation or jail depending on its severity. It’s important to point out that the mandatory minimum sentences for PWID are no longer constitutional in Pennsylvania.

My previous articles focus on defense strategies and pretrial motion strategies. Clients hire our law firm to defend these criminal charges in Pennsylvania but during the course of that defense we also need to consider other consequences that result from a conviction such as a license suspension. Under Section 1532 of the vehicle code (Title 75) PENNDOT will suspend the driver’s license of any person convicted of the possession, sale, or distribution of drugs in Pennsylvania. A first time offender faces a six (6) months of suspension and there is a one (1) year suspension for a second offense and two (2) year suspension for a third offense. It’s important to keep in mind that your conviction doesn’t have to pertain to a car (the sale from a car) or even driving.

A driver’s license suspension is significant and in many cases, it hurts more than a period of probation and some may argue a short jail sentence (I personally disagree with that opinion). A driver’s license suspension, however, impacts a person’s ability to earn a living and provide for their family. Section 1532 complicates a drug defense because your criminal defense lawyer must consider ways to avoid a license suspension. Normally, criminal lawyers are only focused on getting a PWID (felony) downgraded to a possession charge (misdemeanor). Obviously a complete acquittal is ideal but sometimes the defense isn’t able to overcome the evidence against an accused person.

A good criminal lawyer will know what his chances are at trial with PWID charges and possession charges. Assuming that there is no 4th amendment (illegal search and seizure) issue, your attorney must consider non-trial alternatives in cases where a person is at least going to be convicted on the drug possession misdemeanor charge. You obviously want to win at trial but your attorney must consider the strategy that is going to minimize the damage to your personal and professional life. Losing your driver’s license will no doubt negatively affect both of these areas.

Getting a not guilty on a PWID charge but a guilty on the possession charges is an example of winning the war but losing the battle—it still stings! If the DA isn’t willing to negotiate then your plan is simple—go to trial! If, however, your lawyer can effectively point out the weaknesses in the case, he may be able to negotiate a plea to possession of drug paraphernalia as opposed to Possession of the actual drug. Possession of Drug Paraphernalia is an ungraded misdemeanor. The distinction between these two criminal charges may appear slight but there is one major difference. You won’t lose your driver’s license for a drug paraphernalia charge. A plea to drug paraphernalia is therefore a great alternative if there is simply a low probability of getting an acquittal or winning a motion to suppress.

If you would like to read more about criminal defense strategies, I encourage you to visit my free resource section.