Conviction Overturned! Will it matter? 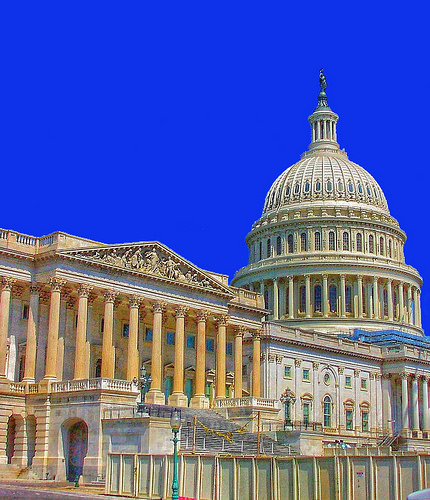 The United States Supreme Courts last week overturned the conviction of former Virginia governor Robert McDonnell. The former governor was convicted of bribery charges and sentenced to two years in jail last year. He remained free on bail pending the appeal to the US Supreme Court which unanimously overturned the conviction.  Its been an exciting month in the Court with its other decision on DUI Blood Evidence.

The Supreme Court found that “setting up a meeting, calling another public official or hosting an event does not, standing alone, qualify as an official act”. The court found that doing all of these activities, even if the public official is accepting money or gifts, isn’t illegal. Because the court overturned the conviction the case now goes back to the lower court to determine if the Governor can be re-tried based on the Supreme Court’s instructions with regards to the allegations. While Chief Justice John Roberts found the Governor’s behavior “distasteful” he and the other 7 justices didn’t find it illegal. The court went on to find that the government’s broad allegations were subject to boundless interpretations of the federal bribery statute.

McDonnell was convicted of eleven (11) corruption counts including bribery, conspiracy, and extortion for taking gifts and loans in exchange for basically creating opportunities for campaign contributors. While federal prosecutors argued that the Governor’s actions constituted bribery, the Supreme Court disagreed unanimously. Even though prosecutors introduced evidence that the governor received vacations, designer clothes, shoes, and a $6,500.00 Rolex watch, $15,000.00 for his daughter’s wedding and golf outings the Supreme Court found that he committed no crime by simply arranging meetings and making phone calls.

This case, however, may not have much impact on Pennsylvania Congressman Chaka Fattah’s recent conviction on racketeering, bribery, bank fraud,mail fraud and the related charges. Unlike McDonnell, Fattah misappropriated hundreds of thousands of dollars in federal, charitable, and campaign funds. Even if the bribery charges were dismissed based on the McDonnell decision, there are still charges which weren’t a part of McDonnell’s case. The decision, however, may have some spill over into the Fattah case as he was convicted of bribery.

Unlike McDonnell, Fattah was indicted and convicted on more than just bribery. The bribery charge was only two (2) counts in the twenty-six (26) count indictment which included wire fraud, falsification of records, bank fraud, money laundering, and forfeiture along with racketeering charge. McDonnell’s indictment, however, consisted of fraud counts, false statements, conspiracy to obtain property, and obtaining property under color of official right – the governor’s office. Unlike Fattah, however, McDonnell was accused of using his official position by soliciting and obtaining payments, loans, gifts, and other things from a campaign contributor in exchange for using his officer to create opportunities for these contributors and their families.

Fattah, however, is accused of using non-profit entities to advance his political and financial stature. These “enterprises” were staffed by former legislative aids and the government convicted Fattah of using them to deceive, conceal their actual purpose (benefiting Fattah financially and politically) through the falsification of documents and obstruction of justice. Specifically Fattah was charged with:

The only similarity to Fattah and McDonnell’s case appear to be the allegations related to Fattah using his office to set up opportunities to benefit other people. There isn’t a doubt that Fattah’s criminal defense attorneys will argue that at least parts of Fattah’s conviction should be overturned.

For more information on criminal defense in Pennsylvania and New Jersey, check out our free download section or my blog.

The can and can’t of criminal trials Witness Failed To Appear In Court? What To Know And Do.