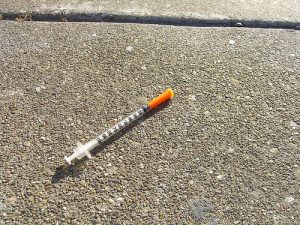 Recently, I wrote about a tough verdict in Delaware County, Pennsylvania where a jury convicted my client for violations of Pennsylvania’s Uniform Firearm’s Act under sections 6105 and 6106 but found him not guilty of possession with the intent to distribute (PWID) a schedule I a controlled substance (Heroin). I take many of my cases to trial and while I obviously strive to win them all, the reality is that no criminal defense attorney is perfect.

While our firm doesn’t hide it losses, we also want our readers to learn more about our successes. Yesterday, a Philadelphia judge found my client not guilty of PWID following a one day bench trial in the Court of Common Pleas (Pennsylvania’s Trial Court).  Clients often ask why we sometimes recommend a bench (aka waiver) trial over a jury.  There isn’t an easy answer to this question but in many cases a bench trial is preferably where we plan on presenting a defense based on prosecution’s inability to satisfy an element of a criminal charge which a jury could possibly overlook.  While an accused person’s has a constitutional right to a jury trial, it doesn’t necessarily mean that it’s the best way to proceed with a criminal defense.

Juries are usually comprised of men and women with no legal training or education. While these may be educated people, they simply lack the specific training and education in the law to render a fair decision in some criminal cases.  We often recommend bench trial to clients charged with PWID and simple possession of drug (aka knowing and intentional (K/I) possession), a misdemeanor charge, where there’s no real defense to that lesser charge.  While client obviously would prefer a complete acquittal, a conviction for an ungraded misdemeanor charge is far less serious than a felony conviction in Pennsylvania.

In this recent case, our client was charges along with a co-defendant with PWID, K/I along with the conspiracy charge. Police arrested our client and found heroin on his person.  There was no issue with the constitutionality of this police stop so there was little chance of an acquittal on this charge.   While the prosecution presented testimony regarding observed drug sales, none of these sales involved my client.  Further there wasn’t any evidence of conspiracy involving my client.  While the prosecution did present testimony of my client’s presence in the co-defendant’s house at the time of the execution of a search warrant, this was insufficient to prove a conspiracy charge. A criminal conspiracy charge requires that the prosecution prove an implied or explicit agreement between two more or more persons beyond a reasonable doubt.

In addition to the lack of sufficient evidence for the conspiracy charge, the prosecution failed to present expert testimony regarding an intent to distribute heroin. In cases where there isn’t testimony about drug sales, the prosecution must present an expert witness.  This person must provide testimony of an intent to distribute narcotics or drugs based on circumstantial evidence such as the manner in which drugs are packaged, the denomination of currency possessed, along with drug paraphernalia consist with drug sales (clear plastic baggies, scales, bands).

The concern in this case was that a jury wouldn’t understand the lack of an expert and the prosecution would use the previous drug sales to drag our client into unjust conviction. A judge, however, would understand this lack of evidence and make the right decision.  Our strategy worked in this case and our client was only convicted of the lesser charge.  For more information on criminal defense strategy, continue to read our weekly blog posts.  For more great information, visit our free download section