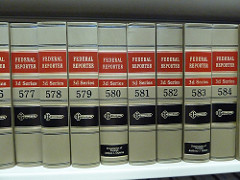 Client was arrested on suspicion of DUI in Philadelphia, Pennsylvania and later charged under Section 3802(a)(1).

A 22-year-old female with a prior DUI that resulted in an Accelerated Rehabilitative Disposition (ARD). Since she received ARD in the past she was no longer eligible for ARD in this case. ARD is a first time offender program. Our Client faced mandatory minimum 30 days in prison, a 12 month license suspension, and substantial fines.

Client was involved in a motor vehicle accident in Philadelphia, in which another vehicle struck her car on a city street late in the evening. The other driver claimed that our client got out of her car and appeared intoxicated. The other driver called Philadelphia Police and they responded to the scene to begin an investigation. During the police investigation our client was seated in her car but the keys weren’t in the ignition. A Philadelphia police officer asked her several questions about the accident and our client answered them all without any issue. After repeatedly questioning our client, the officer asked if her if she had drank any alcohol that evening. She responded yes. The police officer also stated that our clients’ eyes appeared blood shot, her speech slurred, and she appeared disoriented. This is almost standard police testimony in all Pennsylvania DUI cases.

Our law firm filed a Motion to Suppress the Evidence based on a violation of our client’s constitutional rights under Article 1, Section 8 of the Pennsylvania Constitution and the Fourth and Fourteenth Amendment to the United States Constitution (illegal search and seizure.) The District Attorney argued that the police had probable cause to arrest our client on suspicion of Driving Under the Influence (DUI) based on her appearance and the fact that an accident had occurred. Our law firm argued that this arrest violated our client’s constitutional rights as it was made based on a lack of probable cause. In Pennsylvania, there are three types of contact that a person can have with police:

A Mere Encounter doesn’t need to be supported by any level of reasonable suspicion or probable cause because a person isn’t required to stop and speak to the officer. In this situation a person can just basically walk away.  With the second type, an investigative detention, also known as a “Terry Stop” a police officer needs reasonable suspicion to stop and search someone. In this situation a person does have a constitutional right against an illegal search and seizure but isn’t yet under arrest.

The final type of police-citizen contact is the Custodial Detention. This is the highest level of privacy intrusion and therefore requires that a police officer have probable cause. This was situation of our client following her arrest for DUI. In Pennsylvania there is a custodial detention whenever a person isn’t “free to leave”. Pennsylvania provides much broader constitutional protections than the federal government and any police action in which a person is not free to leave is potentially a seizure under the Constitution. A seizure occurs when a reasonable person wouldn’t feel free to leave and doesn’t always require an officer to actually physically restrain someone (handcuffs, etc.)

In this situation the police officer asked our client several questions to which she responded immediately and without any problem. Further, our client produced her drivers’ license and registration without a new problem. Despite our client answering the officer’s questions and responding to his commands, the officer arrested our client for suspicion of DUI. Our law firm successfully argued that the officer failed to do a proper investigation and should have been more thorough prior to making the decision to arrest our client. The Pennsylvania Constitution doesn’t permit the officer to arrest someone based on such a limited investigation. The officer questioned our client in her vehicle and didn’t conduct any field sobriety tests nor did he observe our client’s ability to keep her balance.

We won! The court granted our Motion to Suppress Evidence based on the officer’s limited investigation and a lack of probable cause. The court dismissed all of the charges against our client. This is just one example of the results our firm gets for clients. If you have more questions about DUI or criminal charges, visit our free download section. There you can download both of my free books, and my monthly newsletter.