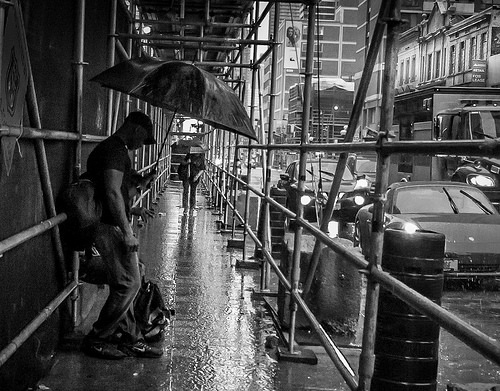 Our criminal defense law firm handles a number of driving under the influence (DUI) offenses in Pennsylvania and New Jersey. A critical issue in these cases is the probable cause to arrest an individual for suspicion of DUI.

Motions to Suppress Evidence –Use it or lose it!

It’s important to keep in mind that probable cause is a pre-trial issue and if your attorney does not argue the issue prior to trial it is waived. If the issue is waived it is gone forever and a new attorney can’t even argue it on an appeal unless a higher court grants an ineffective assistance of counsel claim (PCRA) which is far beyond this short article.

Most recently our law firm dealt with a case in Philadelphia where our client was arrested for drunk driving and the criminal accusation was that he was under the influence of marijuana at the time of the arrest.

Our client was charged under Section 3802(d)(2), which is driving under the influence of any combination of drugs. Under this criminal charge the Commonwealth is not required to prove beyond a reasonable doubt any specific blood alcohol content and in this particular case our client had actually refused the chemical test blood draw. The Assistant District Attorney elected not to pursue the refusal charge because of the recent Supreme Court decision in Birchfield v. North Dakota as well as the subsequent Pennsylvania decisions pertaining to blood draw refusals.

Why this Motion to Suppress Was so Important?

If this case had proceeded to trial, our client would have more than likely been convicted solely based on the police officer’s testimony as to his ability to safely operate a motor vehicle on a road in Pennsylvania, as well as his opinion that our client was under the influence of some type of drug or alcohol at the time of his arrest. It’s important to understand that there are many situations where a police officer or state trooper has probable cause to arrest but fails to properly go through the process to establish that probable cause.

What was the turning point in this case?

In this case the officer failed to conduct 2 out of the 3 generally accepted field sobriety tests—the walk and turn and one leg stand test.  At the time of this arrest, the officer only conducted the Horizontal Gaze Nystagmus (HGN) test. This test was done during a rainstorm and in our argument we were able to persuade the trial court judge that the rainstorm adversely affected the results of the HGN test which ultimately led to the police officer’s belief that our client was intoxicated. During the pre-trial motion the officer also explained that the arrest occurred during the early morning hours on the I-76 Expressway during congested traffic. While our client was involved in a motor vehicle accident prior to his arrest, the accident was not persuasive to the court because it is not uncommon for accidents to occur on the expressway during rush hour.

The state trooper also testified that our client’s movements and other responses appeared awkward or slow but we were able to address these arguments through cross examination where the trooper admitted that he had never met our client before and was therefore unfamiliar with his gait or his pattern of speech. Since the court granted this motion, the Commonwealth will likely need to dismiss this case against our client. Our client, therefore, will not lose his driver’s license nor will he be subject to an ignition interlock, which is now a requirement for any person convicted of a high BAC DUI or a DUI chemical test refusal. The strategies that we used during this successful motion to suppress are all found in my book—Five Ways To Fight and Win Your Pennsylvania DUI Case. In addition to this book I also encourage you to read my previous blogs on DUI and motions to suppress evidence.