Anti-Trump Vandalism, Criminal, Dumb or nothing at all 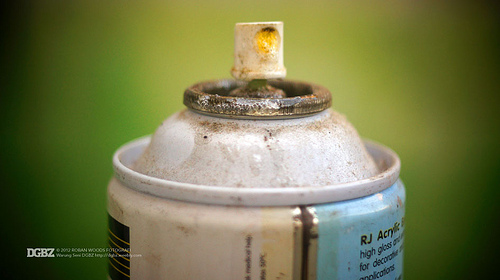 Recently in my hometown of Philadelphia, surveillance video captured a city law department attorney allegedly involved in an anti-Trump vandalism incident. The lawyer, Duncan Lloyd, remains on the city’s payroll and has yet to be charged with any crime. Based on the video, however, there is a good possibility that he won’t face any criminal charges!

According to the news, Mr. Lloyd is “cooperating” with police but that “cooperation” doesn’t necessarily mean that he will face charges, adverse action from the disciplinary board or lose his position with the City. This incident presents a good opportunity to discuss 2 charges that we frequently see among younger clients in our firm—Criminal Mischief and Conspiracy.

Mr. Lloyd is much older than the college and high school students that we represent that are typically charged with these offenses but the circumstances surrounding this incident are very similar. People often engage destructive behavior after a night spent drinking, a dare from a friend, an attempt to create memorable event or an attempt to be part of the crowd. While some may classify these incidents like Philadelphia Mayor James Kenney as a “dumb mistake,” they are still crimes and potentially felony offenses which could alter the course of person’s life instantly! Remember that you can’t expunge or seal a felony charge in Pennsylvania

In Pennsylvania, a person is guilty of criminal mischief if he damages, defaces or tampers with the property of another, intentionally or recklessly. The grading of the charges ranges from a summary offense to a felony. It’s is a felony of the third degree if the person causes a loss (damage) in excess of $5,000, or a “substantial interruption or impairment of public communication, transportation, supply of water, gas or power, or other public service.”

Despite the wide of range of comments on social media (political and non political), there is strong evidence to suggest that Mr. Lloyd wasn’t the principal actor here. His lack of criminal liability however, isn’t what will keep Mr. Lloyd, from facing criminal charges. The video appears to show him watching another man spray paint and there nothing to suggest that he and the other man on the video are acting based on some formal, informal or an implied agreement to commit the crime. The prosecution would need this type of evidence for a conspiracy charge! If he was charged, this would a misdemeanor of the 3rd degree. If anything, if appears that Mr. Lloyd is keeping a fair amount of distance between himself and the spray paint vandal.   At one point in the video, it even appears that the vandal turns to see if Lloyd is following him or attempting to take his picture with his smart phone!

Obviously, Mr. Lloyd is in a bad spot as the video has gone viral but in my professional opinion, there isn’t enough here to charge him with any crime. I think he exercised incredibly poor judgment but he didn’t commit any type of crime based on the video. For more great legal defense strategies, visit my free download section